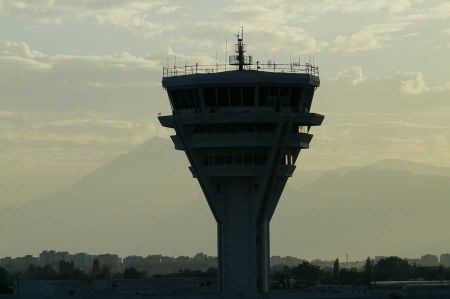 Antalya Airport (IATA: AYT, ICAO: LTAI) is 10 km (6 miles) east of the city center of Antalya, Turkey. The airport is operated in Turkey's primary holiday destination located on the country’s Mediterranean coast. The airport is big and modern, built to accommodate the millions of passengers who come to Turkey's Mediterranean beaches in summer.

It handled nearly 18 million passengers, more than 15 million of which were international passengers. The airport has two international terminals and one domestic terminal. Based on the projection, it currently has a capacity to accommodate up to 35 million passengers/year, theoretically. Opening of Gazipaşa Airport between Anamur and Alanya, which is about 100km to the east of AYT, will help ease the airport's traffic. 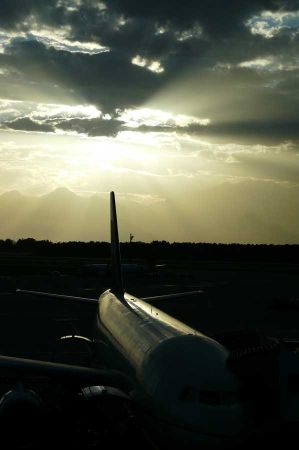 From the airport a regular bus connections exist to the city center as well as to the bus railway station situated beyond the town (türkish otogar).

The town bus line 202 connects all 2 hours three terminals with the bus railway station and holds on the around one-hour journey also in some parts of town close to center. The stops are in each case in immediate nearness to the terminals and are marked with a sign which registers white "D" on blue sign board with the addition "otobüs" as well as the level-according departure times. The first journey takes place at 6:00 o'clock; the last bus leaves the airport about 0:00 o'clock, then goes, however, just till the city center.

Besides a private shuttle passes service of the Hava ş Ground Handling. Indeed, the journey price is disproportionately higher, nevertheless, the bus stops for it also in the tourist center Antalyas as well as along the Konyaaltı street. For the application come modern, air-conditioned coaches with baggage rooms. The departure times are directed after the arrivals in the national terminal where also the separate stop is. In reverse direction of the traffic the bus operates from 6:00 clock till 21:00 o'clock including every hour, with additional journeys at 3:30 o'clock and 22:30 o'clock. 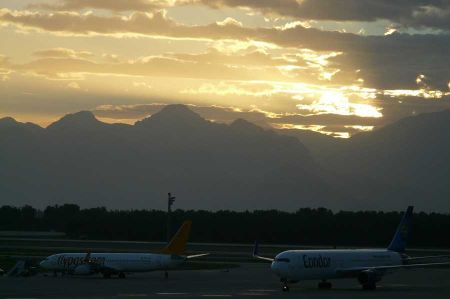 Besides, the city of Antalya has begun with the construction of an underground connection of the coach railway station in the city centre. Though an enlargement  to the airport could turn out later than sensibly, however, is not currently thought about.

The airport of Antalya is approached the whole year through by numerous airlines from the German-speaking airports (Air Berlin, Condor, Germanwings, TUIfly, Blue Wings, Lauda air among other things), Turkey (atlas jet, Onur air, Pegasus Airlines, Sun Express among other things) as well as other international Airlines.

Besides, Turkish Airlines offers national line flights as well as foreign connection in the code share with Sun Express. However, German Lufthansa does not approach Antalya and refers, instead, to the charter offer of the subsidiaries of Condor and Sun Express

We thankfully have taken some parts from wikipedia where you can find more details about all domestic and international airlines using the airport as well.