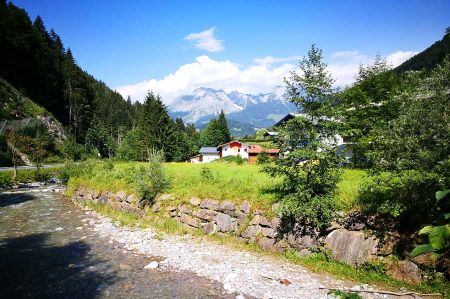 We met Hannes and Sascha for the first time at the roof tent nomads meeting in Stadtoldendorf, had watched the two explaining their kitchen furniture with growing enthusiasm, so practical and handy the construction of their variously designed box kitchens looks, not at least to start the conversation with them.

Then, as it was often the result of our discussions, the invitation of the two to visit them at their production site in Lungötz in the province of Salzburg followed. Well, even termination is not always easy, then it worked between two following fairs.

The two developers and technically experienced builders of the box kitchens do not just live in the small town of Lungötz at the Lammer river, a beautiful valley between Tennen Mountains and Dachstein massif, they have also integrated their workshops and even a showroom in the basement of their home. This space, at least between the fairs, shows the wide range of differently sized box kitchens and grill stations, so that there is an offer for every camper or outdoor enthusiasts. In the context of a first article we had documented the handling of the component kitchen Micro in pictures, so we were thrilled by the simple but practical handling.

Lungötz - between Tennen Mountains and Dachstein massif at the Lammer 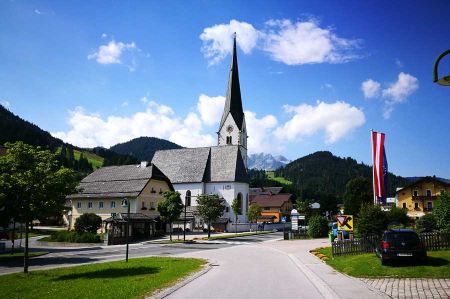 Lungötz is located on the small river Lammer, a 41 km long tributary of the Salzach, along the B 162 shortly before Annaberg in the upper Lammertal. Shortly after leaving the highway, we were amazed by the beautiful landscape already. What a luck for Hannes and Sascha to live here; and it was already clear, it will not stay with a single visit.

The Lammer rises in the Tennen Mountains, which flows around it in a far-drawn arc. The - usually dry falling - beginning of the river is located at Jochriedel 1.720 m above sea level in the municipality of Sankt Martin at Tennen Mountains. As a small stream, it flows eastward passing Lammertal until it swings abruptly to the north.

In the vicinity of Oberscheffau there is a gorge, which is called Lammeröfen or Lammerklamm. The gorge is the breakthrough between the Black Mountain of the Osterhorn Group (Salzburger Kalkvoralpen) and the Road Mountain, a foothill of the Tennen Mountain (Salzburger Kalkhochalpen).

The gorge is about 1.000 meters long, the height difference is 43 meters. The gorge runs from north to south and is protected as a natural monument. The Klamm grounds consists of limestone. The Lammer first flows through the narrowest part of the gorge, which is closed with debris at the upper edge of the canyon, and called the Dark Gorge, later the gorge widens and after another bottleneck, which is bridged by a pedestrian bridge, the valley opens towards Oberscheffau, a secured easy to walk trail leads through the gorge, which can be used against payment of a user fee. The climbing system has existed since 1884. At the top and bottom of the gorge are restaurants. 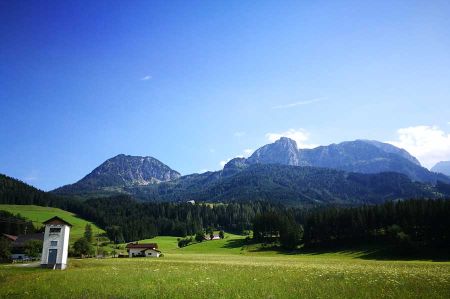 The entrance of the gorge is easy to reach on foot or by car (parking lot) and is about 500 meters (lower end of the ridge) and 2000 meters (upper end of the ridge) north of the district Oberscheffau, directly on the connecting road from Golling to Abtenau, the Lammertalstraße ( B 162), which bypasses the Lammeröfen with the pass at Purgstall.

A wonderful environment that invites you to walk and relax, especially since the village just includes about 30 buildings - so pure landscape. We will be back.