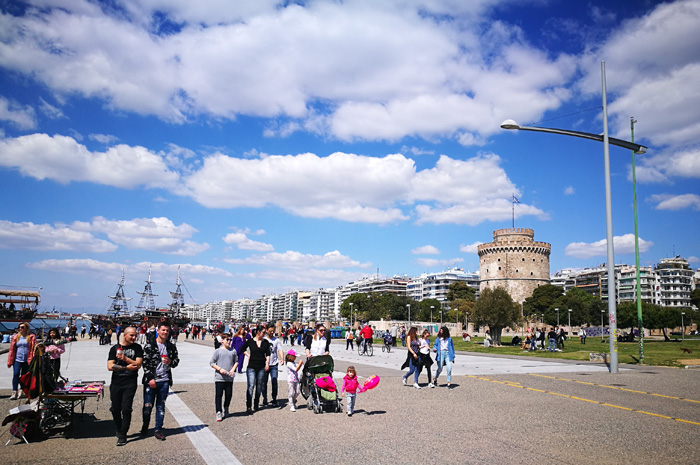 After our short stopover in Xanthi to the purchase of the Kourambie biscuits, we had then passed the last kilometers up to the Zampetas camper stop in Thessalonica. We really wanted to relax the next day to be in time for the tour program in Shkoder in Albania. 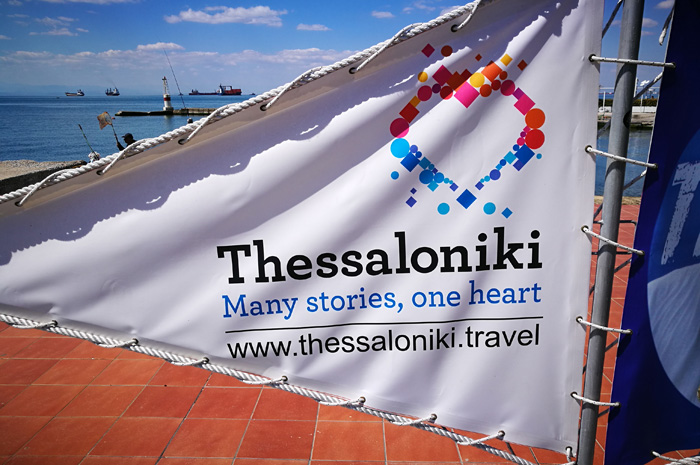 Then, however, the wonderful weather lured us, and we went to the waterfront of Thessalonica, where we could park our car near the concert hall of Thessalonica Megaro Mousikis. 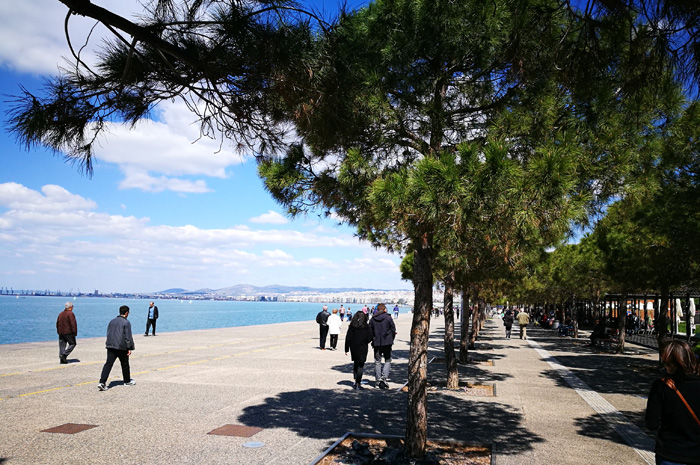 Already on the parked streets we had noticed that probably many inhabitants had similar thoughts, so the whole promenade was crowded. 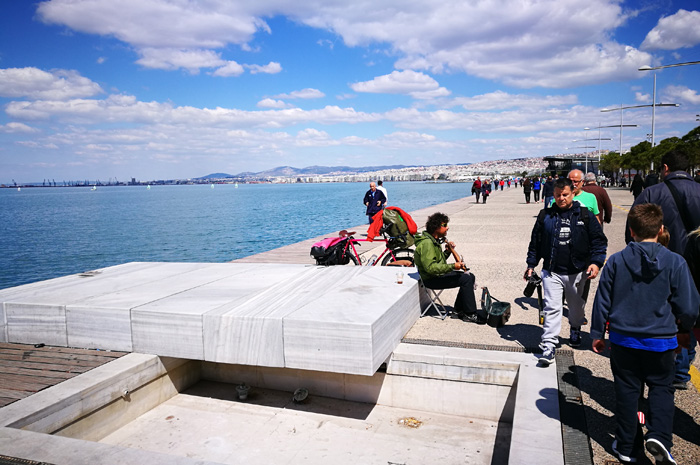 In addition to many cyclists and freestylers, there were countless musicians who gave their skills to the best. 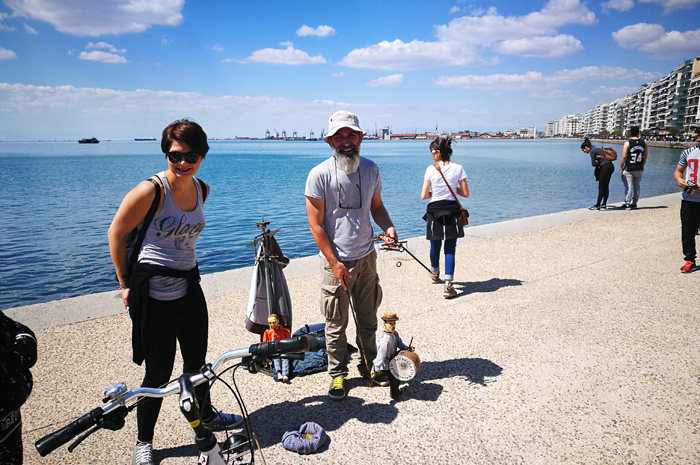 Once it was a classical rock musician, then again the more folkloric puppeteer with country-specific Davul. 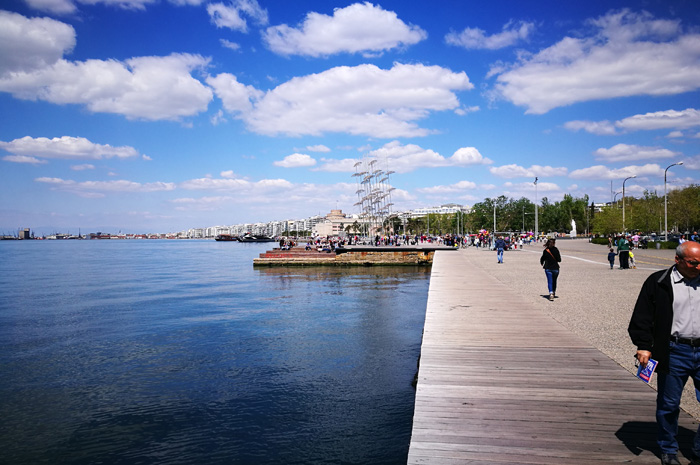 Next we went along the promenade along the Gardens of Remembrance, which are not only frequented by playing children, but also by the tufted biotopes with their turtles. 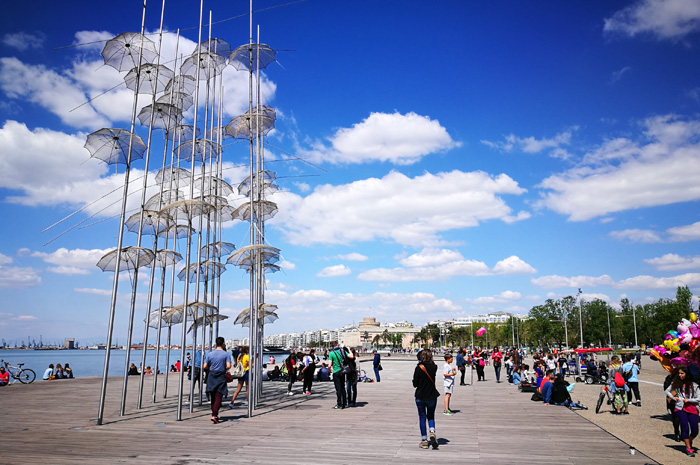 A special attraction on the promenade is also the art object "Umbrellas". 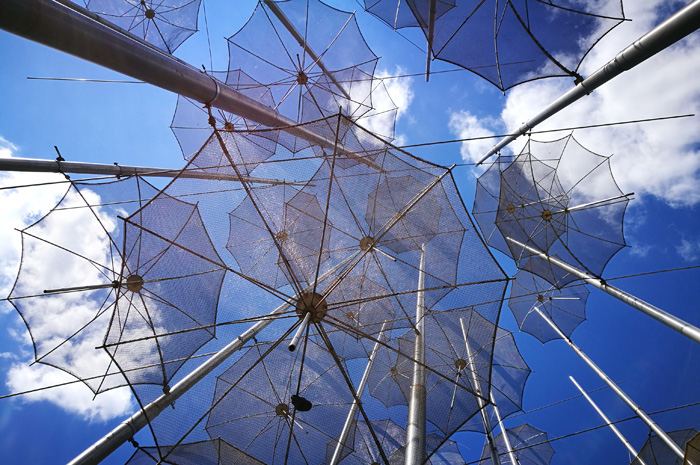 The sculpture of George Zongolopoulos is lit in the evening in pink light to mark the anti-breast cancer awareness month in Thessalonica in Northern Greece. 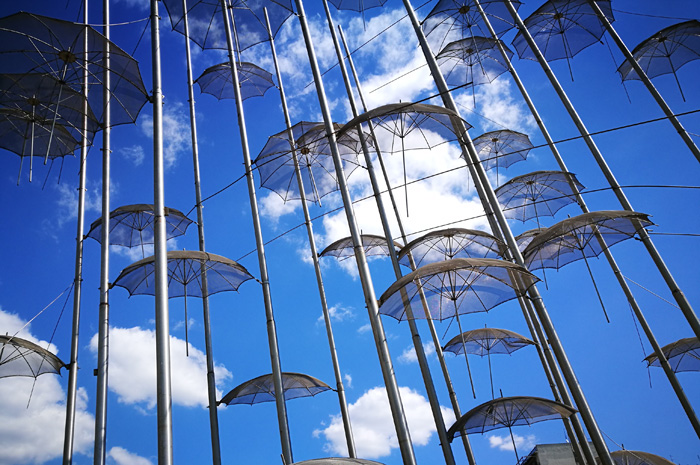 The sculpture was awarded by the "TIME" magazine to one of the best sculptures in the world. 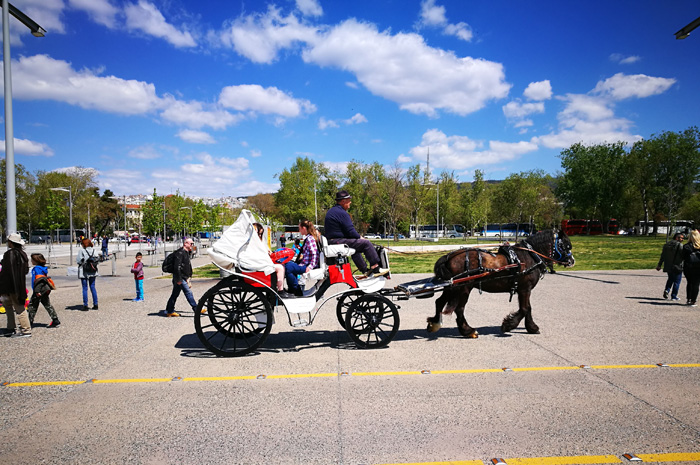 The horse-drawn carriages were also highly frequented. In the foreground you will notice clearly marked bicycle lanes, which open up a large part of the inner city. 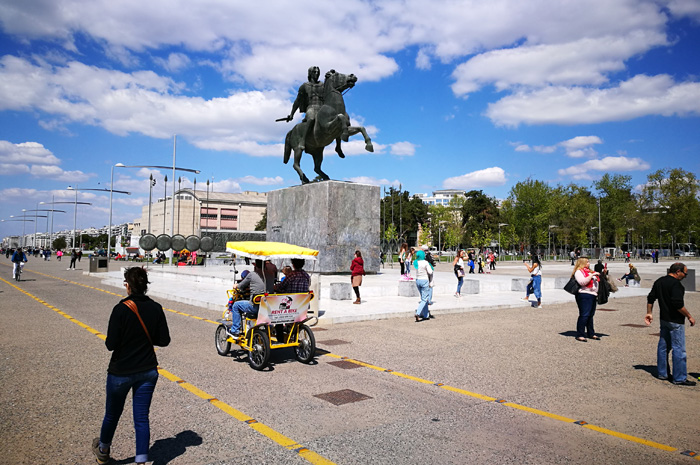 Then we had reached the equestrian statue of Alexander the Great, where the selfie photographers were so fond of portraying themselves. 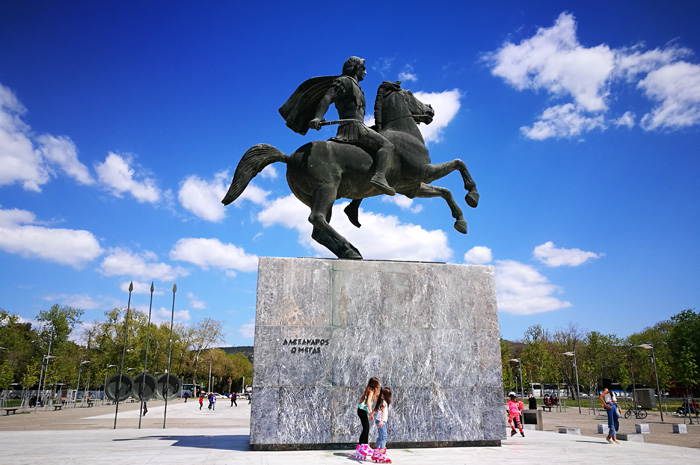 However, the steps on the monument are also used as a sport, see the children with their rollerblades, which makes the size of the monument clear. 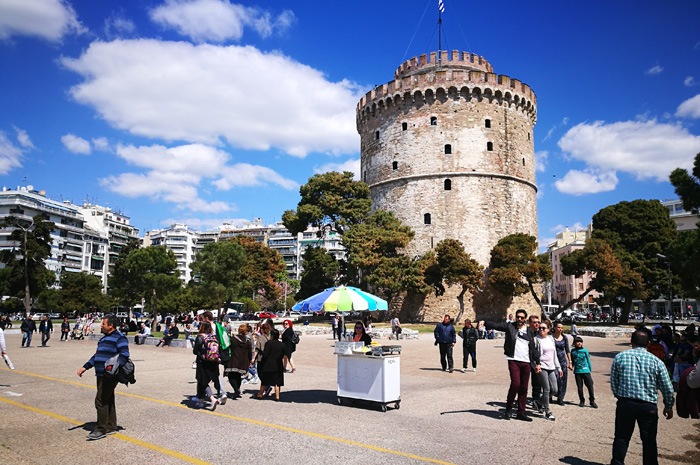 Then, after about 4 kilometers, we have reached the most famous urban symbol of Thessalonica, the White Tower, from which it goes into the city center with its ancient Roman buildings.

The Agora of Izmir and possible new excavations