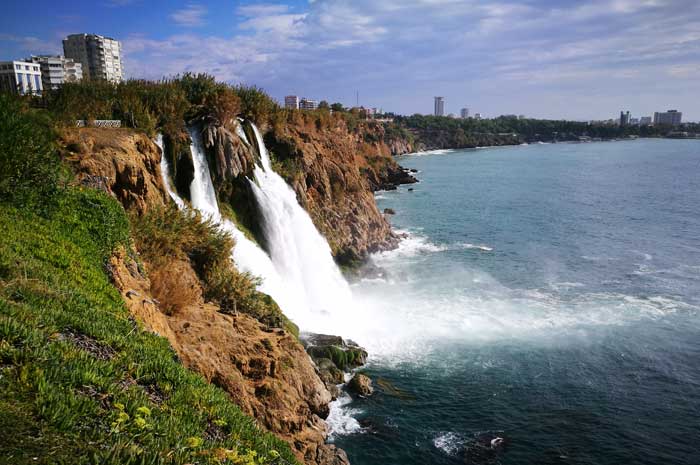 On the old route from Antalya - Burdur (passing through the town of Döşemealtı) two large karst springs come to the surface, to which we have also published an article. Our visit to the German Consulate now let us visit the waterfall of these springs again. 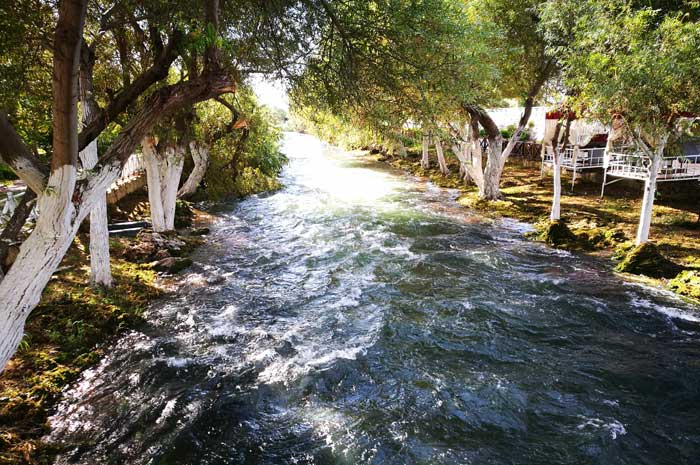 Just a small detour, which leads us along the Düden River to the sea cliffs to the really impressive waterfall, where there are now in addition to a Zippline also some restaurants and cafes. A place to stay and relax. 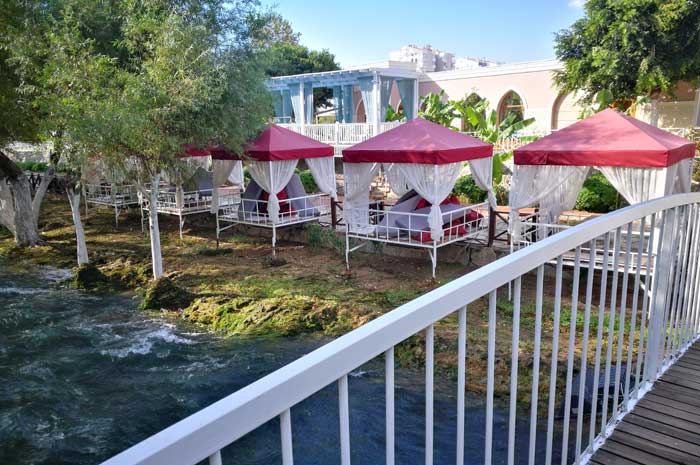 The springs Kırkgözler and Pınarbaşı merge after a short flow and then disappear again in the Bıyıklı sinkhole, one of the many caves that have sunken there. In the pictures here the last meters in front of the impressive waterfall. 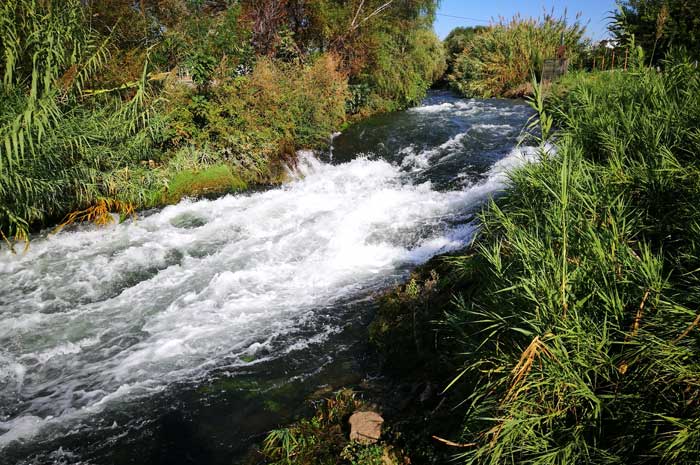 The water, which disappears in the Bıyıklı Doline, flows 14 km underground and comes out at the Varsak sinkhole again. After a small waterfall it disappears again on the opposite side under the earth. 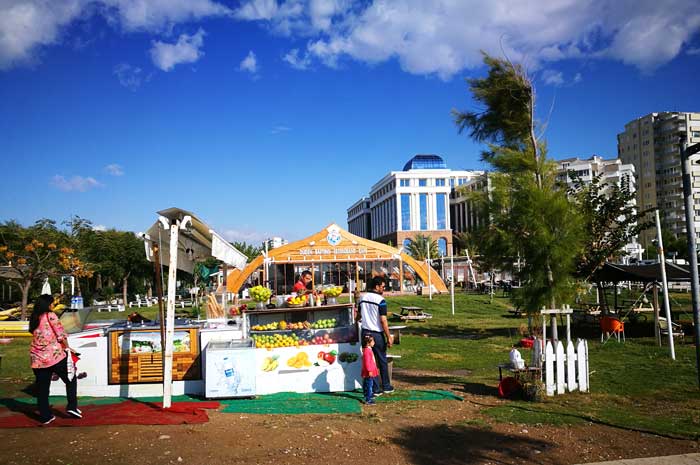 After another 2 kilometers, the water at Düdenbasi emerges through immense pressure like a siphon. After the waterfalls Düden with its magical cascades already described in the article, seven irrigation ditches are created to distribute the water northeast of Antalya. 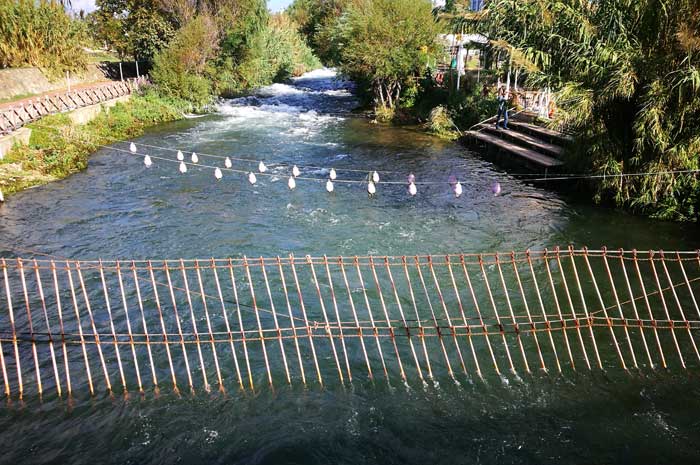 One of these watercourses is the small river that reaches all the way to the coast to the east of Antalya, where the spectacular 40-meter waterfall from a platform into the Mediterranean Sea is formed. 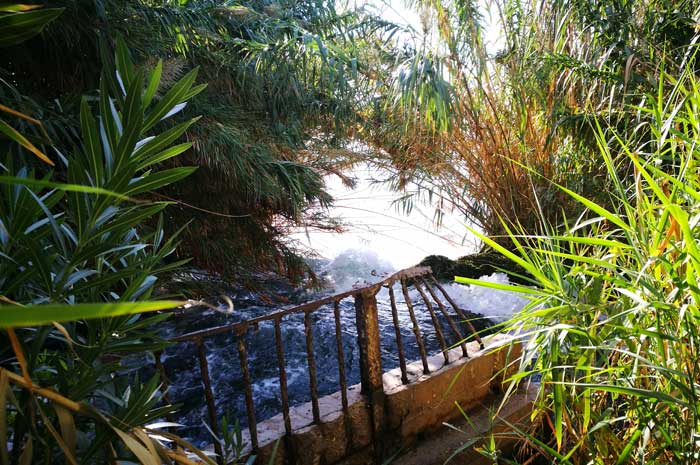 A park accompanies the watercourse to the sea and also the waterfalls, which has created an attractive tourist attraction. From the sea you can also take a boat trip from the marina of Antalya to see the waterfall from the sea. 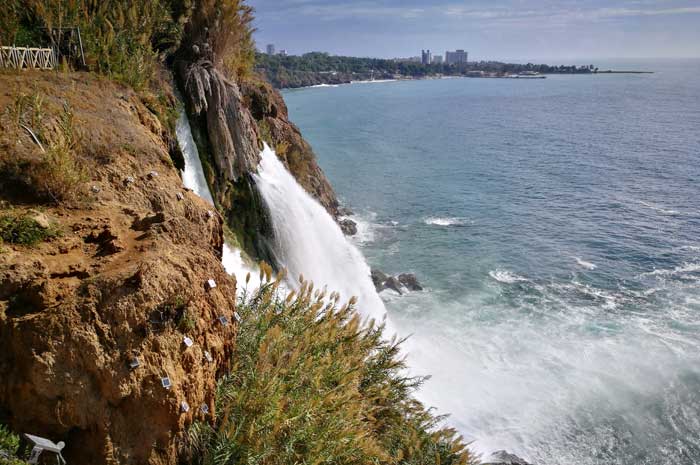 Even from the top a beautiful sight, when the masses of water with a loud roar fall into the sea. 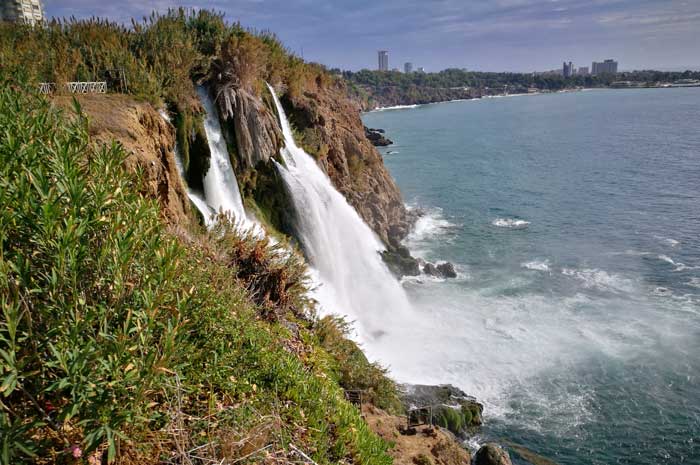