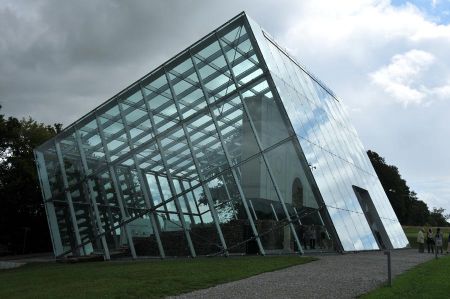 During the extensive breakfast together with Norbert, Lothar and Ursel in Ellwangen on the following Sunday morning, the conversation quickly reached the visit to the Alamannen Museum from the day before and it is therefore only a small step until we also talk about the topic of the Alamannen and old cultures of the region the Romans and the course of the Limes.

In the area around Ellwangen there are a number of traces from the Roman period and so we decide, despite the rainy weather, to make a small excursion to the culturally and historically interesting places on the Upper Germanic-Raetian Limes and the Roman buildings in the immediate vicinity.

In honor of Emperor Caracalla 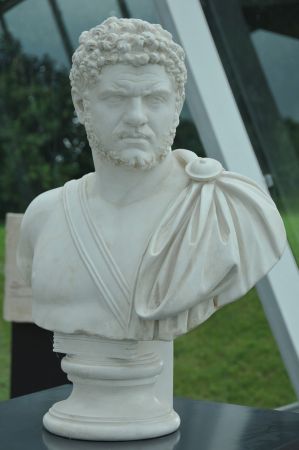 We leave Ellwangen on Kreisstraße 3319 and drive in the direction of Dalkingen, where we turn right into Limes Weg. The narrow, winding dirt road leads directly to the new glass protective building for the remains of the Dalking Limes Gate, which was erected a few years ago over the existing foundation walls. The building construction made of steel and glass is absolutely worth seeing and worth a visit for architectural reasons alone. In addition to the individual structural phases uncovered in the course of the expansion of the border fortifications, which also reflect the changes in the foundation walls of the Limes Gate quite revealingly through metal plates in the ground, there is a Roman milestone and a memorial plaque in honor of Emperor Caracalla after his successful campaign against the Germans from the year 213 AD.

Victory of Emperor Caracalla against the Germans 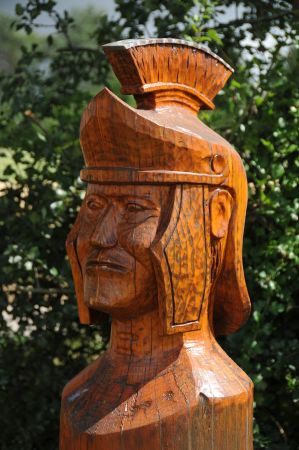 A large number of display boards clearly explain the course of the Upper Germanic-Raetian Limes border fortifications used by the Romans to protect their empire, with the border fence initially being a simple wooden palisade fence, which was then increasingly made of stone and, in addition to the mostly wooden watchtowers, also had heavily fortified gates. The Dalkinger Tor was one of the gate openings where the first settlements of traders usually formed, which then often led to settlements or even villages, which has not yet been proven here in Dalkingen.

However, the individual expansion stages can be understood very well at the Dalkinger Tor, whereby the special attention after the victory of Emperor Caracalla against the Germans was that the Dalkinger Tor was subsequently equipped with an imposing facade. Since the façade could only be partially reconstructed, a large screen was used to help show the real size of the gate from around 13.00 to 9.50 meters. The Dalkingen Limes Gate was copied in Dalkingen around the beginning of the 3rd century, based on the model of the city gate of the Moroccan city of Volubilis, which was built in the years 216/17 in honor of Carallas and his mother Julia Domna. The special relationship between Germans and Romans is also explained in detail in text and pictures in the glass show house.

Dam project or the Göbekli Tepe near Sanliurfa 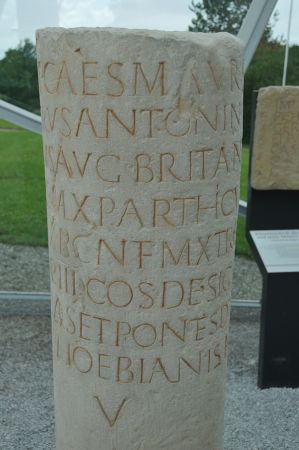 Based on our shared knowledge of how cultural assets are handled between Germany and Turkey, we quickly got to the point that instead of constant claims for the return of individual cultural assets by parts of the Turkish government, which, in the event of non-compliance by German museums, punished excavation permits that were not granted for German archaeologists are being punished because these gentlemen should concentrate on protecting the still abundant cultural treasures in Turkey in order to massively promote their protection. A touchy subject, but ultimately based on our experience, which is the real succinctness of the subject. Dirt and rubbish, senseless destruction of valuable cultural assets and disregard for international interests are still the order of the day, it would be easy to list individual examples here. Too often we have been involved in these discussions ourselves, be it the Hasankeyf dam project or the Göbekli Tepe near Sanliurfa. Demanding that archaeologists also take care of the lawn, that paved paths be built or that cultural assets be protected by guards can almost be described as brazen. With such successful economic progress in Turkey, the government itself could set a good example and show activities on site.

During our first visit to Tralleis near Aydin, we saw a stack of Roman water pipes about 1.50 meters high, neatly stacked under the large archway, which just a year later lay scattered and destroyed on the ground, despite the fact that the site was surrounded by a fence and despite existing guards. Here the rulers are called upon to become active in enlightenment and instruction, to take measures that are already referred to in schools as protection of cultural assets.

Destination for the afternoon is in Wädenswil 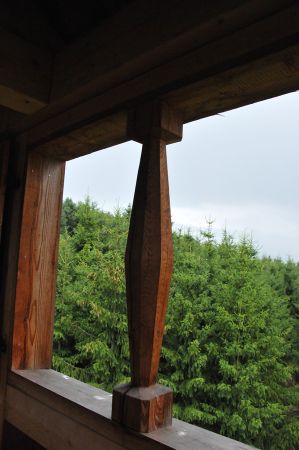 The Limes Gate in Dalkingen is an example of how protective structures for ancient buildings can contribute to functions that attract tourism and thus promote the local economic structure.

Only a few kilometers from the Limes Gate in Dalkingen is a replica of a Roman watchtower in the Mahdholz. Here you can very impressively see the construction sections of the tower from the stacking of the first layers of beams, their filling with stone building material to protect against rapid destruction and the tower construction with the roof construction. Cleverly and intelligently, the Romans themselves provided these watchtowers with important auxiliary constructions, which enabled only a few sentries to protect themselves and thus the border line. Ladders alone could be used to climb the tower to get inside. 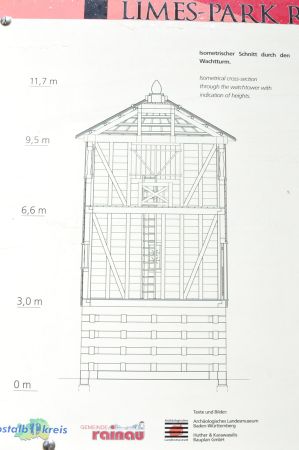 Always on sight in contact with the next watchtower, enemy activities could be quickly recognized day and night and reported to the next post in order to alert own troops. Sections through the layers of beams are left open on this watchtower, so that even the layman can quickly recognize the construction technique. Further information is clearly conveyed with text and images on the attached display boards. Right next to the watchtower are the remains of the former Limes fortifications in stone as well as the foundations of another tower.

Since the sky is showing the first blue and cloudless patches in the meantime, the first bicycle tourists are also arriving at the watchtower. We learn from Norbert that many of the sights are now so well integrated into the cycle path network that hardly any main traffic routes have to be crossed. Also a good example of how attractive destinations can be integrated into eco-tourism. Since our destination for the afternoon is in Wädenswil near Zurich, it's time to leave.