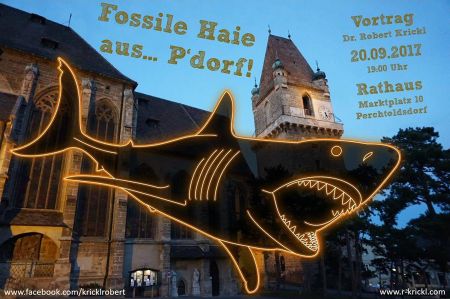 In Perchtoldsdorf, a market town in the district of Mödling in the vicinity of Vienna, we had met by our friend Robert some time ago. Today, one of the numerous wine regions around Vienna, the wine farming already draws conclusions to the mineral origin.

The Paratethys is, in the history of the earth, a marginal sea of Eurasia, which was formed between the unfolding alpid mountains and the Eurasian mainland predominantly on continental crust. It stretched from the Rhone region to the region of today's Aral Sea in the Paleogene and Neogen.

Today the Paratethys is divided into three sub regions according to bio geographical and plate tectonic aspects: western, central and eastern Paratethys. The western Paratethys includes the Rhone Basin in eastern France, as well as the Molasse Basin of Switzerland and western Bavaria. The central Paratethys extends from the Molasse Basin to the eastern edge of the Carpathian Arch, and also includes the inter mountain basins, the Vienna Basin, the Styrian Basin and the Pannonian Basin. The eastern Paratethys is by far the largest of the three sub areas. It stretches from the Black Sea to the Aral Sea in Central Asia.

In fact, the Black Sea and the Caspian Sea as well as the Ohrid Lake in the border area of Macedonia and Albania are the rest of the Paratethys. In the area of the present Neusiedler lake and Lake Balaton, from the upper Miocene there existed an extensive lake of silent water, the Pannon Lake, but the two present lakes have only a relatively short time ago and therefore, unlike Lake Ohrid, are not the rest of the Paratethys.

Due to the north drift of Africa, together with the still firmly connected Arabian peninsula and today's Indian plate, the Tethys-Oceans increasingly disappeared into the forming alpid orogenes as far as the Upper Eocene, thus forming a spatially closed, demarcable mountain region characterized by folding and ceiling formation, as referred to.

Time and again amazing finds had also created the special interest of Dr. Robert Krickl, who was challenged to be involved in findings of fossils in the establishment of a cellar in 1995 (sea-hedgehog, shark-tooth and cockpit).

In an exciting multi mediaport of the earth scientist and local researcher Dr. Robert Krickl, we were able to learn a lot of interesting details about spectacular fossil finds, the latest research results and the astonishing animals that once lived here!

The admission to the Town Hall of Perchtoldsdorf was by the way free.