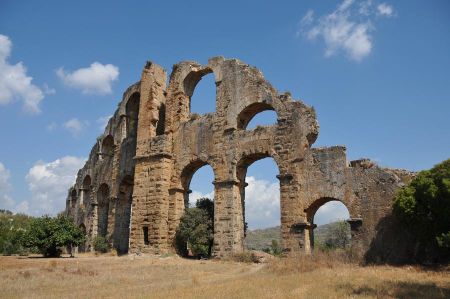 With the end of the epoch as collectors and hunters and the settlement in the first village groups, there were of course also new requirements in terms of water requirements and water use in the history of human development.

Larger amounts of water now had to be organized for daily needs, which was initially only possible on watercourses, rivers and lakes. With the settling of larger groups of people, the irrigation of the fields needed to supply the people with the necessary crops, which also had to be continuously irrigated, also went hand in hand. Due to these requirements, it is not surprising that ancient advanced cultures already practiced a certain water management.

Research in the qanats in Iran shows ancient examples of water collection structures and pipes that were set up to irrigate the fields. Ditches and tunnels were dug into the slopes of the mountain flanks, which brought the surface water and also the found spring water to the fields. Some of these millennia-old systems are still in use today. 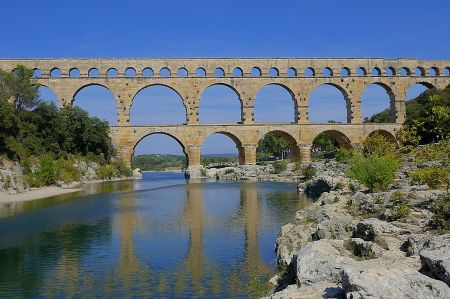 To clarify the terminology, the following connection, which repeatedly leads to confusion or misunderstandings, should be pointed out once again at this point: the term aqueduct. Some people see in it the large Roman buildings for water supply such as Nimes / Pont du Gard or Aspendos, the word actually means building or construction for the transport of water. Coming from Latin, "aqua" means water and "ductus" means conduit or conduit, joined water pipe. So when we use the word aqueduct in the future, it usually just means water pipe. 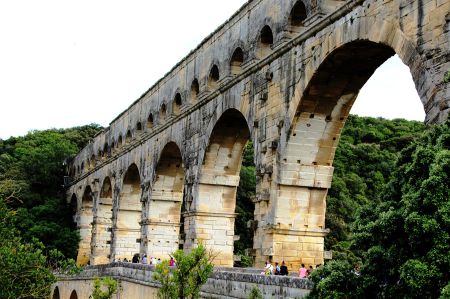 According to historical tradition, far-reaching aqueducts were built by the Egyptian emperor Ramses the Great, also known as Ramses II, who was born around 1303 and ruled the country until June 27, 1213 BC as the third ancient Egyptian pharaoh. Because of his skillful leadership, Egypt achieved unprecedented economic and cultural prosperity, unmatched by any other pharaoh. He was able to live with his neighbors, including the Hittites, for 50 years without going to war. Skilful hydraulic engineering, for example, resulted in plentiful agricultural yields, which in turn made everyone happy. Similar hydraulic structures were also built by Semiramis and King Solomon to irrigate fields.

Tunnel of Eupalinus of Megara 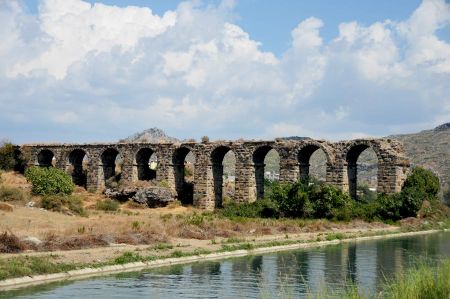 In the 6th century BC the famous Tunnel of Eupalinus of Megara was built on the island of Samos, which transported spring water to the city. Similar aqueducts also exist in Palmyra. In 691 BC, the Assyrian king Sennacherib had a 48-kilometer-long aqueduct built to supply the city of Nineveh. For the first time, an arch construction with five openings, 280 meters long and 9 meters high, was erected here to transport water.

Gradually, the Greeks in particular improved the technique of water procurement. Athens, as a mega-centre, was supplied with fresh water by aqueducts from the Hymettos and Pentilikon mountains. Also in Thebes, Megara, Pharsalos and on Samos there are such facilities for the water supply of the townspeople and the fields.