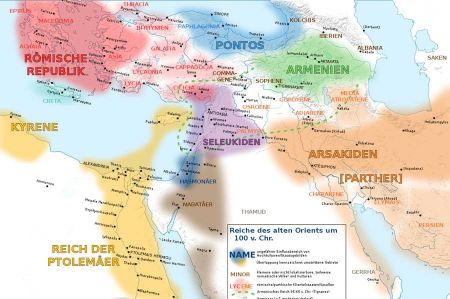 The first Greek excursions by free traders in search of gold and ores in the Aegean can be traced back to around 1,000 BC. Trade was expanded, especially from Miletus, and with the establishment of the Sinope settlement, the first Greek trading colony was established on the Black Sea. The good location as a port and easy access to the hinterland ensured that Sinope quickly grew into an important trading center. Further Greek trading posts on the Pontic coast were gradually expanded into permanent settlements in the 8th century BC, which over the centuries developed into densely populated centers for maritime trade and culture. Personalities like Herakleides Pontikos or Diogenes of Sinope were well known personalities of the Pontos region. 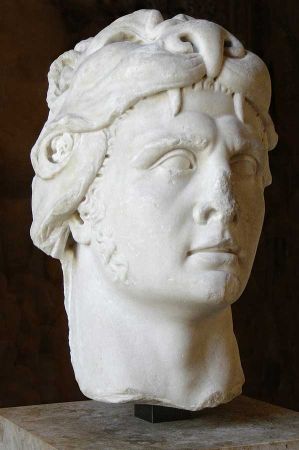 The traditional saga of the Argonauts about the journey of Jason and the 50 heroes to Colchis, the journey of Heracles on the Black Sea, the adventures of Odysseus in the land of the Cimmerians described in the Odyssey, the punishment of Prometheus by Zeus in the Caucasus and other related Greek myths to this region prove the existence of ancient trade routes.

Archaeological finds and numerous written sources from antiquity and post-antiquity document the economic activity of the Pontic cities, their relationship to the mother cities (metropolises) and their relationships with one another as well as with the indigenous peoples.

The political and cultural dominance of the Greek cities on the Pontus becomes particularly evident when looking at the further development of the indigenous peoples of the region, who over the centuries largely adopted Greek culture and thought. In his Anabasis, Xenophon describes his experiences in the “Train of Ten Thousands”, the grueling and loss-making retreat of Greek mercenaries after the battle of Kunaxa through the entire Persian Empire until they reached the Greek cities of the Black Sea, such as Herakleia Pontike, a Greek city of colonists from Megara. Xenophon provides detailed reports on the country and its people, customs and traditions.

During the time of Alexander the Great and his successors, the economic power of the Greek cities was at its height. The impact of Hellenistic culture on the indigenous people was enormous and had fundamentally influenced their social and cultural development. In the 1st century BC the Pontic king Mithridates Eupator elevated the Greek language to the official language of his empire and thus to the official general lingua franca of the numerous, and thus multilingual, indigenous peoples of Asia Minor, which now led to their Hellenization. The kingdom of Pontus reached its greatest expansion with Mithridates VI rulership.

Christianization by Andreas and Peter

The apostles Andrew and Peter brought Christianity to the Pontus region very early already. The status of Greek as the general lingua franca of the region during Christianization, especially for the Hellenized indigenous communities, was a welcome aid both initially for the apostles and later for the church fathers. Their language area extended over the Turkish Black Sea coast to neighboring parts of Georgia and as a result of migratory movements spread beyond the Caucasus region to Russia. On the other hand, the Christianization of the Hellenized indigenous population resulted in the definitive acceptance of Greek identity and culture. In this way they merged with the Greeks into a unified culture based on the common basis of Christianity.
The Christian Pontic Greeks lived on the Turkish Black Sea coast until 1923 when the population exchange between Greece and Turkey was carried out under the Treaty of Lausanne. The Muslim Pontus Greeks still live there today, are Turkish citizens and have adopted Turkish names. The Pontic Greek, which many of them still speak today, is characteristic of the Pontic Greeks. Its name can be derived from the ancient name of the Black Sea: Pontos Euxinos.