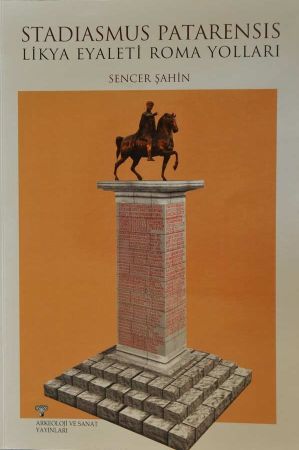 In our article on Prof. Dr. (em) Sahin Sencer we already briefly mentioned the sensational find of the Stadiasmos Patarensis.

For the first time in history, a relic had been found that, in addition to the actual existence of the Roman roads, not just documented the start and finish points and the distance between the places, but also served as a propaganda symbol of the political power of the empire of Emperor Claudius.

In the years around 30 AD, the Lycia region simply did not calm down after it was liberated from bands of pirates and robbers. Since conditions almost resembling civil war prevailed in the country and self-government was impossible, the Roman Emperor Claudius had the country annexed by the invasion of strong troops in the year 43 AD. With the Roman Senator Quintus Veranius at the helm, the expansion of the road system was first pushed ahead with speed so that troop contingents could be relocated quickly if necessary to secure rule. In addition to the expansion of the road system, an inventory of the roads was carried out, which is documented by finding the individual segments and then joining them together to form the overall monument of the Stadiasmos Patarensis. 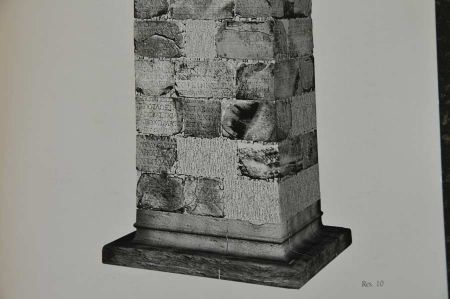 What happened? In the early Byzantine city wall near the old port of the city of Patara, various stones with inscriptions were found, which were used as spolia and were discovered at various locations within the masonry. The inscriptions quickly suggested a connection between the individual blocks, which was ultimately confirmed on the basis of further research. Gradually, all 59 individual blocks of this pillar could be collected, sorted in 10 layers on top of each other and stacked, so that the original of a pillar monument resulted. The pillar monument was certainly based on a pedestal and, as was customary at the time, probably carried the equestrian statue of Emperor Claudius as a profile attachment.

The monument Stadiasmos Patarensis, which tapers slightly towards the top, consists of rectangular blocks that are about 1.60 meters wide on the two narrow sides and about 2.35 meters wide on the two broad sides, with only one of the narrow sides but both broad sides are inscribed. The inscriptions on the narrow side are dedications to the "Liberator of the Lykioi" Emperor Claudius, because the Lycian people probably perceived the expulsion of pirates and other bands of robbers as an actual liberation. A total of 70 weaving routes with destinations and distances are indicated on both long sides, which were measured and built by the governor Quintus Veranius on behalf of Emperor Claudius. 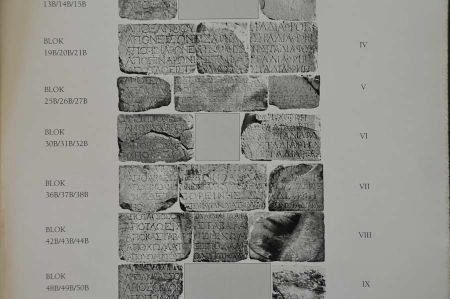 The monument probably once stood in a public square in Patara, because the information relating to the streets does not indicate its pure function as a signpost, the information is not systematic enough for that. Rather, they jump from one street to the next, so that the traveler who came to Patara by ship could use the information, but still need more information to find the places mentioned. This suggests the assumption that this is clearly a monument that, in addition to providing information, primarily served its own propaganda to maintain power and intimidate the population against the great deeds in the field of road construction and thus the possible, rapid troop movements of the emperor Claudius. 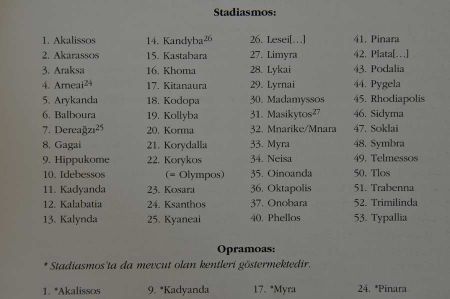 Further analysis of the inscriptions revealed that at least two different fonts were used, which suggests that at least two different stonemasons were also working on the monument. One could clearly see that in the inscriptions around the homage to Emperor Claudius, attention was paid not to the available space but to the clean execution of all signs. It is exactly the opposite for the two labels on the side.

The findings from the scriptures subsequently made broad-based research possible, which uncovered large parts of the Roman roads, some of which were still in very good condition. In this way, previously unknown locations of ancient cities could be determined and finally found. At the moment, intensive work is still being carried out on the map material, as the field research has now been completed.

Water supply of Ancient Metropolis Side