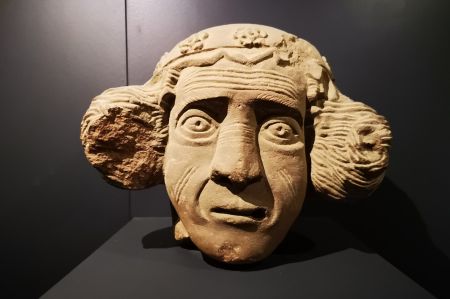 Pandemic times can also have something good in the end, because when else would we have ever learned anything about Saint Brun, probably the best-known representative of the noble family of the Noble Lords of Querfurt.

So we used the limited visit options in general and then especially at the castle in Querfurt to look a little more intensively through the museum, which is also open. There were no encounters with other interested parties apart from the staff at the checkout. 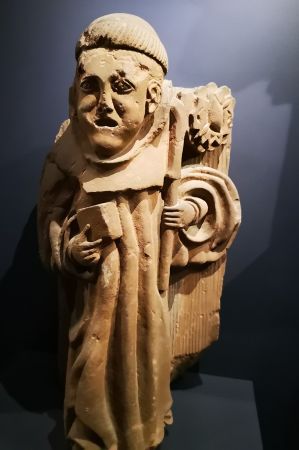 Brun was probably born in his parents' castle around the year 974/975, more precise dates are not really known to this day. He also received his early education at his parents' court.

Brun received a befitting education between 986 and 995 at the Magdeburg Cathedral School. This educational institution, which was set up by Emperor Otto I, was considered one of the best "schools" in the entire empire by its contemporaries. Here the intellectual elite was trained, which was intended for high ecclesiastical offices.

With his teacher Geddo, Brun learned the Latin language together with other personalities such as the later bishop Thietmar von Merseburg and was instructed in ancient literature or the writings of the church fathers such as those of Augustine or Hieronymus. He was particularly attached to the teachings of the seven liberal arts, rhetoric, grammar, dialectics, arithmetic, geometry, astronomy and music. In his chronicle, Thietmar von Merseburg underlines Brun's aspiration and spirituality, who "preferred work to leisure." or "While we were playing, we were in prayer.". After completing his education, he was accepted as a canon in the cathedral chapter of Magdeburg, St. Mauritius. His tasks consisted of preparing and attending the services and of advising the bishop on spiritual and secular questions. 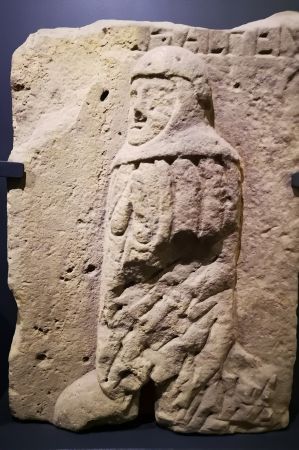 Brun learned of the death of Adalbert of Prague while he was still in the cathedral chapter. He, who was also educated at the Magdeburg cathedral school, founded the first Polish diocese in Genese as a missionary and was killed in an attempt to convert the pagan Prussians to Christianity in 997. The path of his life had a great influence on Brun. The good education of the man from Querfurt persuaded Emperor Otto III. to include Brun in his court orchestra. So he moved with him to Italy in 997. Accompanied by the emperor was Romuald of Camaldoli, who, as a reformer, tried to combine the monastic way of life of St. Benedict with the hermitage of hermitage.

Brun came into contact with Romuald and his teachings in 998 in the monastery of Saints Bonifatius and Alexius in Aventino, where Adalbert was also staying. In the same year he took his monastic vows there. Probably under the influence of the emperor and through the charisma of Romuald, Brun followed the path of a hermit together with him in the year 1000 and stayed near Rome. At this time he took the name Bonifatius - referring to the old church father Bonifatius von Tarsus, the patron of the monastery in Aventino, or to Winfried Bonifatius, who evangelised in Hesse and Thuringia and both died trying to spread the Christian faith.

First contacts to Poland with Boleslaw, the brave 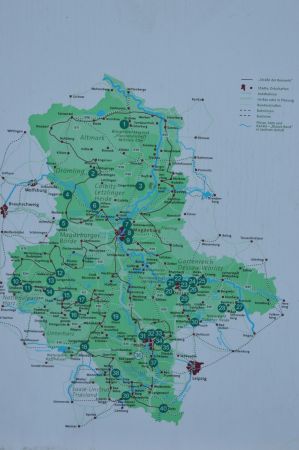 Otto III maintained close ties with Boleslaw the Brave, whom he made Grand Duke of Poland in 998. He arranged joint missionary activities with him. At a synod of Pope Sylvester II on April 4, 1001, which Brun also attended, Boleslaw's envoys asked for missionaries to be sent to Poland. Brun then went as a hermit to Pereum near Ravenna, where he is said to have prepared the mission with his confidants Benedikt and Johannes. Brun sent both of them to Poland at the end of 1001. He himself wanted to follow them as soon as he received papal legitimacy to carry out the mission. In January 1002, however, Emperor Otto III died, which delayed Brun's plans, so that he only received the papal license in the autumn of the same year. Benedict and John were also murdered by robbers in Poland in 1003 along with three other companions. Brun dedicated to them the "Life Story of the Five Brothers", which was probably written around the year 1008.

Influenced by his time in Italy, Brun associated the spread of the Christian faith with his person. In 1003 he also moved to Hungary to the court of King Stephen I. From there he made an unsuccessful attempt to convert the prince of the Black Hungarians, Achtum. In 1004 Brun stayed in Merseburg. Here he was made missionary bishop by Archbishop Tagio of Magdeburg in the presence of the new king, Henry II. In addition to the spiritual authority that he received from Pope Sylvester II in 1002, Brun also had secular permission to set up ecclesiastical structures such as dioceses in pagan areas in the name of the church and the empire.

At that time he wrote the first draft of the Life Story of St. Adalbert from Prague. Between 1005 and 1006 he attempted to prepare a missionary journey to Sweden, probably through an ambassador. It is unclear whether he stayed in Hungary again the following year and made another attempt to spread Christianity there. What is certain is his presence at the court of Grand Duke Vladimir in Kievan Rus between 1007 and 1008. From there he travelled to the Black Sea coast and successfully mediated in border disputes with the steppe people of the Pechenegs. He also performed 30 baptisms and installed a bishop.

In 1008 Brun stayed at the court of the Polish duke Boleslaws in Genesen, where he wrote the famous letter to King Henry II. In it he criticizes the ruler, who at the time was at war with the Christian Boleslaw and was allied with the pagan Lutici. Brun emphasizes that Christian rulers should not fight one another and rather may work together in the cause of spreading the gospel. In the same year, the Querfurt headed east to the pagan Pruzzi. Here, too, the reference to Adalbert of Prague comes into play. There he was killed on March 9, 1009 along with 18 of his companions. Brun suffered the same fate through martyrdom as his venerated role models. Duke Boleslaw is said to have released his bones. To this day there is no trace of their whereabouts.

Veneration of saints and developing cult 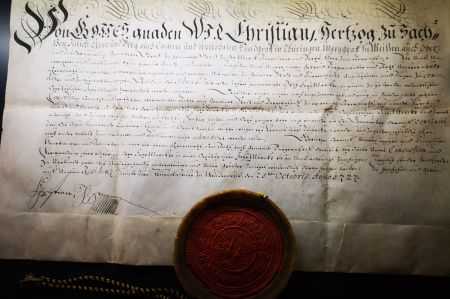 It was difficult for a cult to develop around Saint Brun, since neither the whereabouts of his corpse nor his exact place of death were known. In addition, there were no relics that could be associated with his person. Nevertheless, contemporary authors such as Thietmar von Merseburg or Petrus Damiani dedicated passages in their works to him. A very detailed description of Brun's life and martyrdom can be found in Wibert's report, which is said to have written it only a few years after the death of the man from Querfurt.

Other sources underline the spirituality and thus brought about a transfiguration of Brun by associating motifs from the Passion of Jesus Christ with his person, such as the donkey on which he is said to have ridden. In addition, he is said to have caused various miracles, from which a number of legends developed, which spread mainly in Querfurt and are told there to this day. The high and late medieval worship of Brun is limited to his hometown and the surrounding area. In various liturgical calendars, especially in Poland, Lithuania, Hungary and Russia, Brun's name and thus his memory survived. 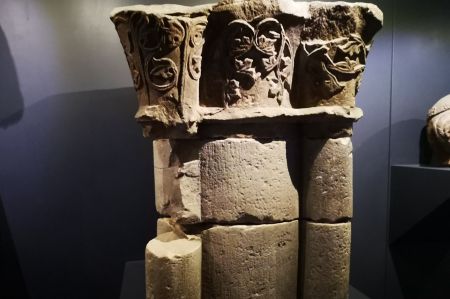 March 9, the day of his death, has established itself as the central day of remembrance. He is venerated as a patron saint in the dioceses of Łomża and Warmia in Poland and in the Archdiocese of Vilnius in Lithuania. In Hungary he is one of the three national saints. There are five churches in Poland dedicated to Saint Brun. Especially in Gizycko (Lötzen) in Masuria, the place near which Brun is said to have been killed, a cult developed around him at the beginning of the 20th century. Always on the first Sunday in July, a procession takes place from the local Brunskirche to the Brunskreuz high above the great Masurian lakes, where a holy mass is celebrated. In Germany, worship is limited to Querfurt. Various places still bear his name, such as Braunsstraße, Braunsberg or Braunsmühle. In 1935 a memorial was erected to him with the Braunsbrunnen.

In particular, the celebrations on the occasion of the 1000th anniversary of his death in 2009 caused a broad debate about his person. Holy Mass was held in Gizycko in the presence of high ecclesiastical dignitaries under Vatican leadership. A special exhibition was dedicated to him in Querfurt, which enabled a scholarly examination of his person within numerous essays.

Just a myth about Saint Brun

When Brun's brother Gebhard I von Querfurt was absent, his wife gave birth to nine lings. It was believed at the time that this meant she had slept with nine different men. So she commissioned her maid to drown eight of the nine children. As the maid was carrying the children to the pond in a cauldron, she met Brun on the way. When he found out the background, he took the children with him. He made a spring spring up and baptized the children. Then he distributed the children to different families. Years later, when it became apparent who the children's father was, he informed his brother and his wife of the children's whereabouts.

Further information on the Holy Brun can be found in the volumes accompanying the special exhibition:

The Holy Brun of Querfurt. A journey into the Middle Ages. Publisher: Saalekreis district, Querfurt 2009.

In wonderful sunshine to the castle in Querfurt