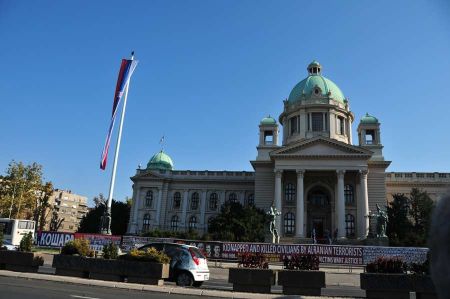 Often we have already driven through Serbia, sometimes together with Dusan from Camper Stop Belgrade, we have also noticed the remaining damage of the conflicts during the so-called Balkan War in the capital,

which should probably remain as memorials. We also visited the construction of the really elaborate church of St. Sava as part of our explorations and described it in an article. Reason enough to take a closer look at the religious development of the country and the various religious groups. Perhaps in this way the individual positions of the other countries of the Balkans and their political orientations become clearer, the increasing influence of religious, Turkish Islam is also evident in Serbia, although the overwhelming majority of Serbian citizens are Christians. About 6.3 million citizens of Serbia, thus the majority of the population, confess to the Serbian Orthodox Church, which corresponds to about 84.6 percent of the citizens of Serbia (without involving Kosovo). In addition to the commitment to the Christian Orthodox faith, there are about 5 percent Catholics, 1 percent Protestants and a few New Apostolic Christians. There are currently about 3.1% Muslims in Serbia. 3.1 percent of the population refer to themselves as non-denominational, 1.1 percent as atheists and 0.1 percent as agnostics.

Religion - The beginning of Christianity in Serbia

The originally "pagan" Slavs settled in the north on the Balkan peninsula from the end of the 6th century. Although the Serbian tribes came into contact with Christianity during this time, because the long-established population had been Christian for more than 200 years, it would take several centuries for the southern Slavs to adopt the new faith. Rather, the conquest of the Slavs in the Balkans initially brought about the downfall of most of the ancient episcopal seats between the Danube and the Aegean. 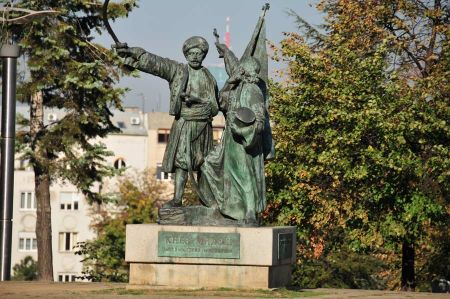 Emperor Leon VI. incorporated the western Illyricum into the patriarchate of Constantinople in 732, but the Roman pope continued to claim ecclesiastical jurisdiction. After the construction of the Byzantine theme of Dalmatia in 870, the Latin influence in the coastal towns was also joined by a Greek influence. Around 860-870 Constantine and Methodios evangelized in the area of the Morava. Methodios was also Archbishop of Pannonia, based in Syrmium, now Sremska Mitrovica. Under his church leadership, according to various sources, the Serbian tribes were also found.

In Nemanja's time, the ecclesiastical organization was in the hands of the archdiocese of Ohrid, with its dioceses in Niš, Ras, Prizren, and Lipljan, as well as temporarily in Drač. As a result of the Fourth Crusade, the Byzantine Empire split into two parts. The western part was dominated by the despot of Epirus, Theodor Angelos Komnenos Dukas, who was hostile to the Nemanjiden state, and on whose territory the seat of the archdiocese of Ohrid was at that time.

Nemanja's sons Stefan and Sava took advantage of the turmoil after the establishment of the Latin Empire to create a church independent of the Ohrid archdiocese. Sava went to Nikaia in 1219, where the expelled Emperor Theodore I Laskaris and the Constantinople Patriarch Manuel I Sarantinos resided, and requested their permission for the establishment of a Serbian archbishopric. The request was granted to him and Sava was consecrated bishop in the same year and appointed archbishop. 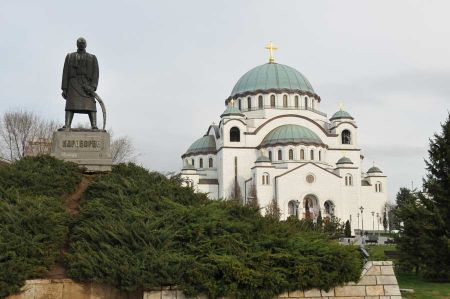 After his return Sava determined the monastery Žiča, a foundation of his brother Stefan, to the seat of the archbishop. In addition, he built ten bishoprics, eight of them in Raszien (Ras, Toplica, Moravica, Dabar, Budimlje, Hvosno, Prizren and Lipljan), and one each in Zeta (near Kotor) and Zachlumien (in Ston). In the course of the expansion of the Serbian Empire, the following dioceses were gradually added: Belgrade, Branicevo, Niš, Banjska, Lipljan, Velbužd, Skoplje, Tetovo and Debar.

With the renewal of the Serbian state at the beginning of the 19th century, the autonomy of the Archbishopric of Belgrade was renewed. Due to the political situation, however, the Serbian Orthodox Church was not united. In addition to the Archdiocese of Belgrade, there were the Archdiocese of Sremski Karlovci in Vojvodina and southern Hungary, the Archbishopric of Montenegro and the Serbian Orthodox Church in Bosnia-Herzegovina and Dalmatia (1878 Austria-Hungary), whose leadership the Orthodox Archbishop of Bukovina and Galicia was responsible for.

Since 1920 there is a Serbian Patriarchate

After the First World War, with the founding of the Kingdom of Serbs, Croats and Slovenes (later: Kingdom of Yugoslavia) also the union of the Serbian Orthodox Church became possible. The Serbian church was granted autcephalism by the ecumenical patriarch, and the Metropolitan of Belgrade, Dimitrije Pavlović, was recognized as the first patriarch of the renewed Serbian Patriarchate in 1920.

During the Second World War, the Serbian Orthodox Church had serious casualties. Under the rule of the predominantly Catholic Ustasha fascists in Croatia, three bishops and 515 priests were murdered. The Serbian patriarch Gavrilo Dožić was first imprisoned in a monastery in 1941 and taken to the Dachau concentration camp in 1944.

The fascist terror was followed by the period of socialist Yugoslavia under the leadership of the Communist League led by Tito. Although the Yugoslav communists' relations with the Serbian Orthodox Church were not optimal, they were granted freedoms that would have been unthinkable in other Eastern Bloc countries.

Today, the Serbian Orthodox Church has 40 dioceses around the world, with more than 3,600 churches and 2,000 priests. About 80 percent of the eleven million Serbs worldwide profess to the Orthodox Church. There are more then 200 active monasteries in the church with about 230 men and 1000 women who have dedicated their worldly life to monastic life.