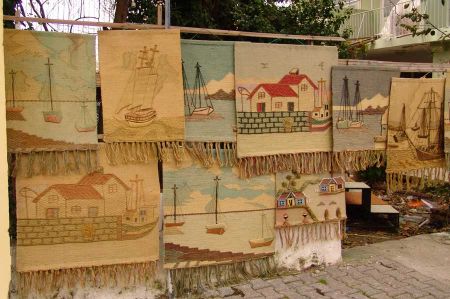 The truly tourist district of Selimiye lies on a peninsula near the ruins of the southernmost part of the ancient city of Side. Many bars and restaurants, souvenir shops and the harbor make an unbelievable difference to the ancient part of Sides.

Before tourism came to Turkey, Selimiye was a small sleepy fishing town. Today, the city is car-free and a true Turkish tourist city, which contains almost just shops, restaurants and smaller hotels. The quietest and most peaceful places are along the beach on either side of the peninsula, where you can swim or be at the harbor, where there is a promenade, good restaurants and excursion boats that go up the coast or up the Manavgat River. Remains of the ancient city can be seen here and there, from large walls to small remains of columns. 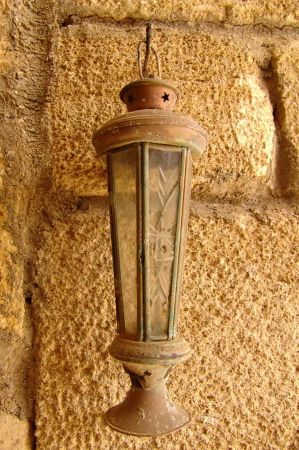 Around the city and along the coast are the remains of the old city walls. East of the harbor at the southernmost point rises the landmark of the city, the Temple of Apollo: Five white, 9-meter-high marble columns with marble blocks lying across it. Apollo was the god of light, art and beauty. The temple, which dates from the 2nd century AD. measures 17 x 30 m and has six Corinthian columns in the gables connected by nine columns on each side. The frieze above shows medusa heads, separated by lion's feet.

West of here, almost directly at the harbor, are the remains of a Temple of Athena, the goddess of wisdom, crafts and virginity. Athena was the goddess of the city and the protector of the port and the sailors. The Temple of Athena was built at the same time as the Temple of Apollo and was similar in appearance due to its marble, but had a slightly larger footprint, 20 x 35 m. In the 5th century AD. a large three-aisled basilica was built north of the temples, and around the two temples an atrium courtyard in the south part of the church was erected. Materials of the temples were reused for the construction of the basilica and later for the houses in Selimiye. The basilica was destroyed in a fire, according to which a small chapel was erected in the nave in the 8th or 9th century, when most of the population must have left the city already.

The moon God Men also had a temple here 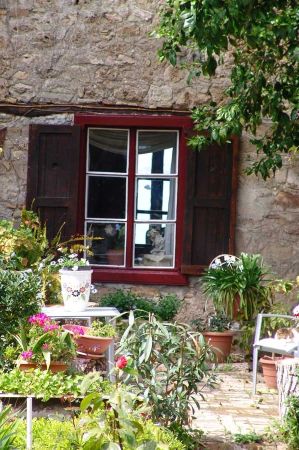 To the east, but still near the coast and right on the city wall, are the remains of the Men's Temple dedicated to the Anatolian Moon God Men. The temple, which dates back to the end of the 2nd century AD., is semicircular. A staircase led from the west into the interior of the temple to a podium, where four Corinthian columns stand. Next to it are the remains of a small Byzantine fountain.

From the Men Temple, a column-lined street ran north across the city and up to the theater, but this street is now blocked. On this street, not far from the Men Temple, is the largest of Sides' three public baths, built in Byzantine times and still in good condition. It measures 40 x 30 m and consists of four larger halls and three smaller rooms, all of which are arched, as well as two sports fields. Northeast of it stands a vaulted Byzantine house.
Almost exactly in the middle of the city, where the ancient port lay, lie the remains of a smaller Roman bath, the harbor bath. Along the quays were probably arcades with storage houses, shops and inns. The silting of the harbor was a constant problem for Side, and a Roman proverb for a difficult and infinitely long work was "like the port of Side." When the original harbor sanded in the 5th century, a new harbor basin was built northwest of it.