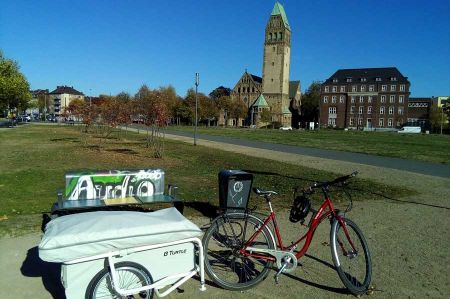 As one of the first customers and users of a BTurtle in the Ruhr area, we had got to know and appreciate Wolfgang during the Caravan Salon in Düsseldorf.

During the detailed conversation, it quickly became clear that he has been offering guided bike tours through the Ruhr area and along other well-known cycle routes in Germany for a number of years, and in some cases even incorporates the Alpine Republic of Austria.

His motto, which, despite the meanwhile supra-regional activities, is still valid today:

A short trip by bike with a lot of nature, culture and surprising findings, that is very easy to realize. Especially in the Ruhr area.

The motto was little surprising for us, because who thinks about a bike tour in a region in which the heavy industry once dominated the landscape. The cyclist is rather looking the idyllic bike path along a lakeshore, a river or during the numerous forest areas of West Germany. But far from it, Wolfgang explained to us, because here in the Ruhr area there are idyllic sections along the Ruhr, at Lake   Baldeney, on the Lower Rhine or in the nature reserve Bislicher Island, to name just a few destinations. 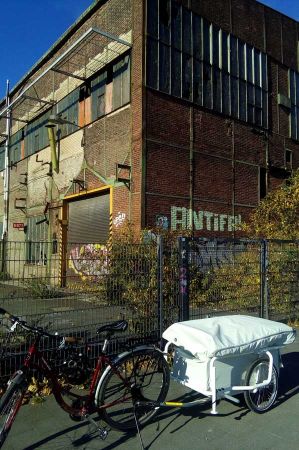 Wolfgang saw this mixture of pure nature and heavy industry as the real challenge and started to create his first route concepts with his ideas. Today, Wolfgang offers tours in the region, which on the one hand head for cultural as well as industrial objects and destinations, but the greater part of the actual routes lead through nature. A mixture that is appreciated by many cyclists. With the procurement of the BTurtles, it is now possible to expand the tour concepts by the factor overnight. No pre-bookings at hotels or pensions, which often necessarily lead to the continuation of the journey, even if the weather does not allow it on the way.

The BTurtle offers the opportunity to stay overnight on planned courses, but also spontaneously once the tour interruption in surprising rain, because the tent can be set up quickly and thus provides comprehensive protection. At present, Wolfgang is already working on the compilation and fitting of overnight accommodation into his tour concepts, which should not only consist of campsites. Here are also eco-farms or country restaurants, which often have large open spaces. A completely alternative concept that is emerging here.

Touring through the Ruhr area - guided or private 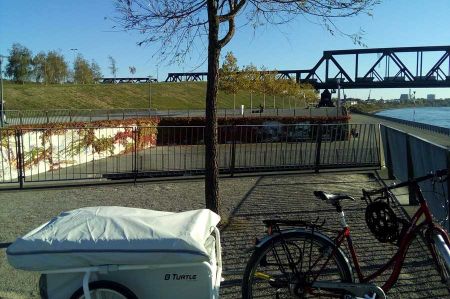 As part of our project work on the development of ecological outdoor tourism, we present two of Wolfgang's tours with the B-Turtle, each offering a long weekend tour or even longer. The tours are to be understood as suggestions that can be extended without difficulty in time and space. They have Duisburg as start and finish and are good to ride with the B-Turtle mini-caravan. There are few inclines and by the use of former railway lines and water escorts there are just little contact with car traffic. The accommodation suggestions are planned in such a way that daily stages of 50 - 80 km with stopovers occur.

Tour 1 - Western edge of the Ruhr area and Lower Rhine

Character of the tour 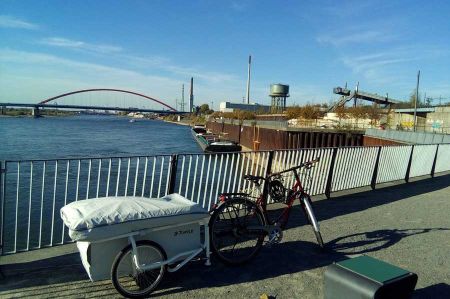 On the western edge of the Ruhr area we experience strong contrasts. We look from the Alsumer mountain to the east on an industrial backdrop that is unique in Europe, Thyssen Krupp in the north of Duisburg. If we turn 180 degrees, we see the direction of the Lower Rhine and if we are lucky, sheep graze on the grass of the Rhine dike. This contrast also accompanies us on the way along the Lower Rhine, we see the reserve Bislicher Island and can short time later rise to the dump Rheinpreussen, which testifies to the coal mining west of the Rhine. All in all a lot of nature! In addition known pilgrimage places and a beautiful mining village.

Character of the tour 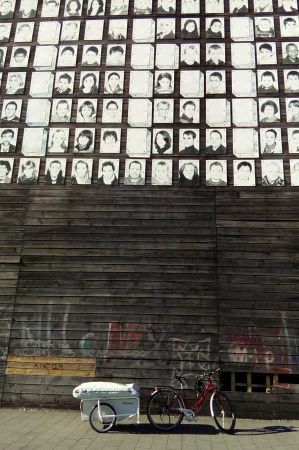 We ride on the accompanying trails of the Rhine-Herne Canal ("the canal") and the Ruhr as well as on former railway lines mostly away from cars. And that on the edge of the Ruhr area and right through the middle. We see striking and important witnesses of the industrial past: the Gasometer in Oberhausen, the well-known colliery Zollverein in Essen, the Jahrhunderthalle in Bochum and the heap Rheinelbe in Gelsenkirchen. It's worth it for all this, a lot of time to plan, the 2 days are much too short ....

Much more to see and do around Duisburg by bike:

Route of industrial culture by bike and BTurtle
Kettwig - rural, idyllic gem on the Ruhr river
New Isenburg - impressive destination on the Baldeneysee
Swans in the dusk of the Abtsküche Pond
Duisburg - walking along Ruhrort harbor
An innovative idea for the design of concrete walls
Even a walk around Lake Baldeney can be so fullfilling

Wolfgang Dewald / Ruhrgebietsradler
Friedenstr. 85
47053 Duisburg
This email address is being protected from spambots. You need JavaScript enabled to view it.