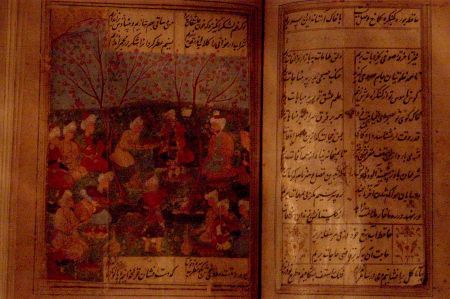 One of the city's residents, known far beyond the gates of Teo, was the politician and collector of literature Apellicon, who later moved to Athens and joined the tyrant Athenion there.

In the years 89 / 88 BC, Apellicon initially worked officially as a mint master in Teos, but quickly developed a great interest in reading and collecting manuscripts and books. His collection of authentic writings also included manuscripts by Aristotle, which is why the collection was treasured by scholars and scientists of the time.

It is said that Apellikon was able to greatly expand the scope of his library when he was able to add further manuscripts and books to his collection from the descendants of Neleus, a nephew of Theocrates, which had previously been stored in skepticism. Of course, today you have to know that books and manuscripts are mostly unique and therefore not available and visible to everyone. So the interested researcher had to travel to the books.

In addition to expanding his collection, Apellikon was also active as a publisher of the Aristotelian works. With the death of Apellicon and the conquest of Athens by Sulla's troops, the entire collection of Apellicon's library was confiscated by Sulla and taken to Rome.

Once in Rome, the collection was much sought-after material for Roman scholars. Manuscripts and books quickly became the scholarly treatment of Tyrannion and the Aristotle edition of Andronicus of Rhodes.

Alexander the Great - Conquerer from Pella

Water supply of the ancient high cultures in Asia Minor