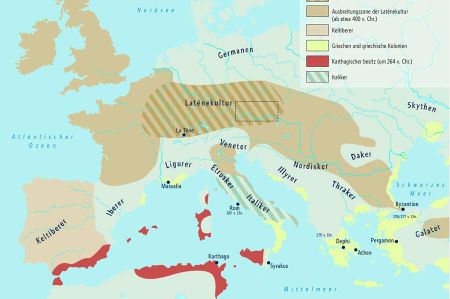 On their raids and migrations, individual tribes of the Celts advanced across the Balkans to ancient Greece in 279 BC, where they raided and plundered Delphi, among other things.

Known for their fighting prowess and their daredevilry, in 278 BC King Nicomedes I of Bithynia was very interested in contacts with the Celts in order to win them as mercenaries in the fight against his brother, the ursurper Zipoites. After just a few negotiations, the Celts and Nicomedes I were able to agree on the "modalities" of aid, and only a short time later the tribes of the Tolistobogians, the Trokmeri and the Tektosages, with their respective leaders Leonnorius and Lutarius, crossed the Hellespont in the direction of Anatolia. According to historical records, there were about 20,000 people with their families, including 10,000 battle-hardened warriors. Due to their fighting power, Nicomedes I was able to prevail against his brother in the struggle for supremacy.

The Trokmer should settle on the Hellespont 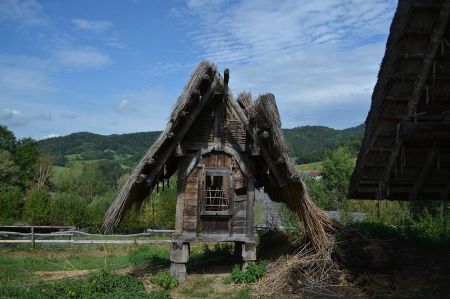 After Nicomedes I no longer needed the Celts' fighting strength and assertiveness, he released the Celts from his service so that they could settle in the country, as had been agreed. The Trokmer should settle on the Hellespont, the Tolistobogians in Aeolia and Ionia and the Tectosages in the Phrygian area. Of course, this in no way corresponded to the previous lifestyle of the Celts, who immediately began to plunder their new surroundings. In 277 BC the temple of Apollon von Didyma near the city of Miletus was attacked and plundered by the Celts. The same thing happened in the land of the Phrygians by the plundering troops of the Tectosages. In the records of these plunderings, the term Galatians appeared as a pseudonym for the Celts, since the word Galatians is closely related to Celts. Also, their proper designation was Galatai. Roman authors, on the other hand, called them Gallo-Greeks.

The Galatians in the so-called "Elephant Battle"

Thoroughly annoyed by the constant looting, the Seleucid king Antiochus I went to war against the Galatians in the so-called "Elephant Battle" in 275 and was able to defeat them through the use of war elephants, despite the numerical superiority of the Galatians. During his tenure between 281 and 261 BC, the defeated Galatians were assigned permanent residences. The Tolistobogians were settled in and around the old Phrygian cities of Gordion and Pessinus in the center of the old Phrygian empire, the Tectosages in the region around Ankyra and the Trokmer in Tavium, from which the province of Galatia later developed. Despite the now strong control over the activities of the Galatians, their urge to plunder could never be completely curbed, so that Antiochus II introduced a so-called "Celtic tax" during his tenure between 261 and 246 BC. The provinces paid a fee, which was then paid to the Galatians to stop raiding. Of course, these payments were not an optimal solution to the problem and so King Attalos I (241 - 197 BC) of Pergamon refused to pay the taxes imposed on him and fought invading Celts in the kingdom of Pergamon until they finally stopped their activities.

In 196 BC the city of Lampsakos was attacked by the Tolistobogians, whose inhabitants then asked the advancing Romans for help. This in turn led to an alliance of 5,500 Galatian warriors with the Seleucid king Antiochus III to defeat the Romans together. Now that the Romans had assembled a large army, they were able to force the Galatians to flee into the mountains. Groups of the Tolistobogians entrenched themselves in their flight on Mount Olympos, the Tektosages and Trokmer on Mount Magaba near Ankyra. Despite the escape, the Romans managed to capture more than 40,000 opponents who were then sold as slaves. The remaining Galatians subsequently entered into an alliance with the Romans.

The Galatians invaded the kingdom of Pergamum 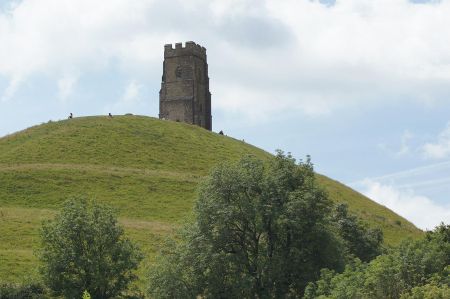 In 193 BC, when Ortiagon claimed supremacy over all the Galatians, he was defeated by Eumenes II of Pergamum. Eumenes II, in turn, was a declared enemy of the Romans, which in turn exploited this to support their allied Galatians. So the Galatians, under their leader Solovettius, could continue to invade the kingdom of Pergamum. It was not until 166 BC that the Romans declared the Galatians an autonomous people with their own territory, but with the condition that they remain in the territory permanently.

With the incorporation of the kingdom of Pergamum as the province of Asia into the Roman world empire in 129 BC, it was King Mithridates VI of Pontus who succeeded in subjugating the Galatians. According to mythology, Mithridates had all the Galatian nobles murdered in 86 BC, since plundering and murdering continued even after the subjugation. He spared only three of the Galatian Tetrarchs. One of these three tetrarchs was the nobleman Deiotaros Philorhomaios, who, as tetrarch of the Tolistobogiians, only a little later tried to become the sole ruler of the Galatians. During his reign between 86 and 40 BC he married two of his daughters to the respective leaders of the Trokmer (Brogitaros, Tetrarch of the Trokmer) and the Tektosages (Castor Tarkondarios, Tetrarch of the Tektosages). When Deiotaros then also made his son-in-law Brogitaros disappear, he had achieved his goal of absolute autonomy for a short time.

The capital of the Roman province of Galatia was Ankyra 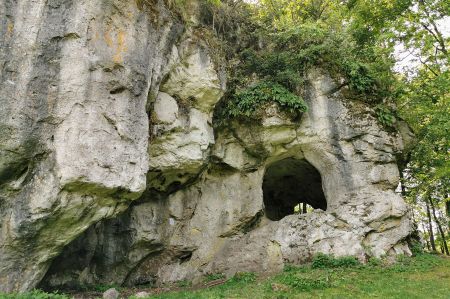 This, in turn, did not please Rome at all, and it again began to interfere in Galatian politics. Ultimately, it was Julius Caesar who assigned the Trokmer tribe to a nephew of Brogitaros, the ruling king Mithridates of Pergamum. With the assassination of Julius Caesar, Deiotaros then again saw the chance for sole rule over all the Galatians and therefore had his second son-in-law Castor Tarkondarius as well as his daughter, who was married to him, murdered. Since King Mithridates died in 46 BC, Deiotarus was finally able to achieve his goal in life in 44 BC: the sole rulership over all Galatians. Only a few years later, after Deiotarus had died, Galatia was integrated into the Roman Empire under King Amyntas (36 – 25 BC). The capital of the Roman province of Galatia was Ankyra, modern Ankara. 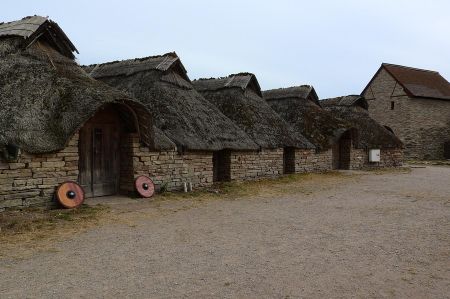 Despite several changes to the borders of the province of Galatia, the church father Hieronymus was able to prove Celtic-speaking peoples in the region in the year 400 AD because of their ancestral culture with a strong Hellenistic influence. For readers familiar with the Bible, it should also be mentioned that Paul's letter to the Galatians also mentions them in the New Testament.

The Celts - ethnic groups move through Europe and Asia Minor

From Meersburg to Constance via Lake Constance