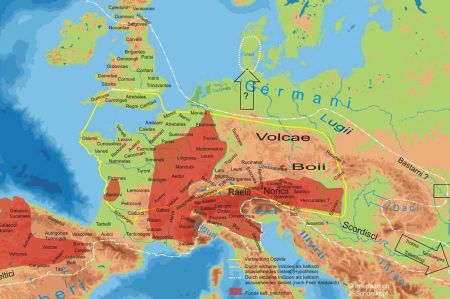 Even centuries later, knowledge about these ethnic groups was available, but a real classification of these ethnic groups only takes place today in our modern times. At that time, they were usually only referred to as "Celts" because of linguistic affinity, which, from today's perspective, either corresponds to a settlement community with a similar material culture, the same customs and beliefs, or simply describes a Western European language community. 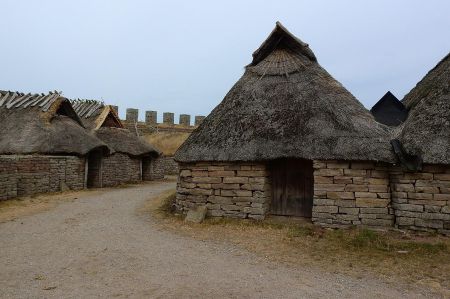 Although the Greek and Roman historians and writers also tried to assign the Celts, they were hardly able to do so due to ignorance in terms of time and space. Far too little was known about the Celtic language, its archaeological culture and the Celtic religious and cultural communities. Written records are almost completely absent. Only with the Romanization of former Celtic settlement areas are records available. Modern knowledge of the early Celtic cultures is usually based on archaeological finds or the general reports of Greek and Roman chroniclers.

The current state of knowledge is that the groups referred to as Celts never formed a self-contained people, but at best one can speak of different ethnic groups with a similar culture. It is known from the finds that have become known today that the Celtic tribes spread from northern Spain to Bohemia and even further to Anatolia, since the cultural similarities speak a clear language, especially during the Middle and Younger Iron Age. It is now possible to pinpoint the traces of migration and resettlement quite precisely in terms of time, ranging from 800 to around 50 BC.

Excavations of the Late Bronze Age 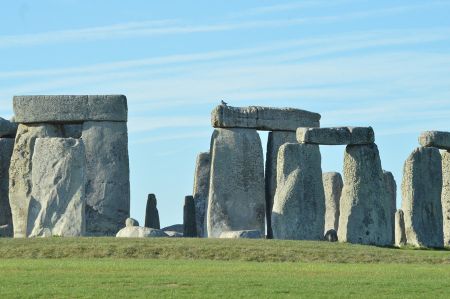 Based on numerous finds that were made in the respective burial grounds around the middle of the 19th century, it is even possible to divide them into two classic Celtic epochs. The site of the older burial ground is Hallstatt on Lake Hallstatt in Austria, around 650 - 475 BC, which is why this epoch is called the Hallstatt culture. The second site is in La Tène on Lake Neuchâtel in Switzerland, around 475-50 BC, a period known as the Latène culture. With the excavations of the Late Bronze Age urn field cultures, the chronological epochs are clearly documented.

With the onset of migrations of the Celtic tribes in the 4th century BC, the Celtic culture spread from southeast England, northern Spain and France, to western Hungary, Slovenia and northern Croatia, from northern Italy to the German low mountain range. Archaeological finds throughout the Balkans and into Anatolia also document the spread of Celtic culture during the La Tène epoch. Of course, other finds in some regions also point to mixing with ethnic groups that were already there, such as in south-east England, where scholars are still arguing to this day as to whether the finds from the Middle and Late Iron Age are of purely Celtic origin. The ethnic groups are also often referred to differently, as in Anatolia, where Celtic groups called Galatians migrated and consisted of originally hired soldiers with their families. The same applies to the region in northern Spain's Galicia.

Gallic languages ​​from the 6th century BC 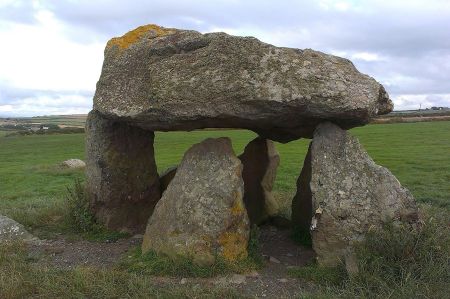 Everywhere tribes were already settled, which then mixed with the immigrated Celtic groups over time. While there were Etruscan tribes in the south, there were mostly Germanic tribes in the north, and Thracian, Scythian and Greek ethnic groups in the south-east. This was particularly promoted by the intensive cultural and economic relationships between the Celts.

To this day, the Celtic language can be traced from the Iberian peninsula via Ireland in the west, to the Balkans in the south-east, even in Anatolia in the Ankara area, the settlement area of ​​the Galatians:

- Documents from late antiquity, according to which a dialect similar to that in the area around Trier was spoken in Anatolia; 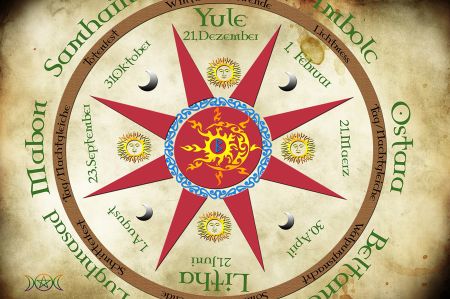 - Little linguistic evidence of Celtic words in modern Central and Eastern European languages. These are reflected, for example, in the naming of individual tribes or areas as Gauls in France, Galicia in Spain and Galatians in Asia Minor; Borrowings into Basque such as iskos 'fish'.

- Characteristic Celtic language elements in topographical designations such as place names in -briga and -durum with the changes caused depending on the language area;

- Finds of stone inscriptions, potsherd graffiti, coin inscriptions and lead tablets in Celtiberian, Lepontic and Gallic languages ​​from the 6th century BC, partly in their own (e.g. Lepontic alphabet from Lugano) or foreign scripts such as the Iberian, Etruscan or later Latin script as well as names and individual words, for example in the Galatic language of ancient Greek and Roman writers.

Traces in the Vienna Woods - not just Romans and Celts