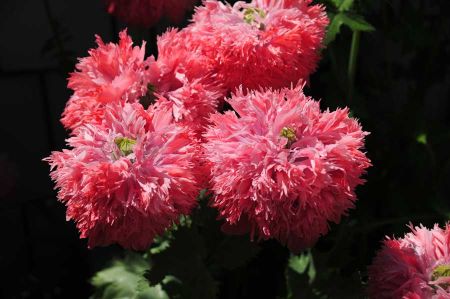 Those who drive across the country these days will not infrequently marvel at the gleaming red splendor of the poppies on the edges of the grain fields, which have meanwhile found their way into many gardens.

The bright red flowers of the poppy, which is widespread in Central Europe, bloom from the end of May and mark the beginning of early summer. Fortunately, there has been a lot of change in attitudes towards the plant genus poppy and its usability, so today we see the advantages of poppy in focus rather than its use as an opiate and intoxicant. A lot has happened in the gardens too, especially as there are hundreds of species of poppy. The peony poppy, botanically called Papaver paeoniflorum, for example is an annual poppy with double flowers that can now be found in many gardens. It is reminiscent of a baroque, densely filled peony blossom and blooms in the colors pink or a dark, almost black violet. 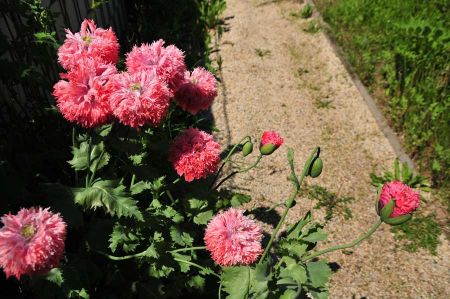 Some types of poppy are of great medical importance because of the active ingredients they contain and are among the oldest, known and used medicinal and useful plants. Opium poppies and Papaver setigerum are grown for the production of opium. The alkaloid thebaine contained in the medicinal poppy seeds is the starting material for the production of opioids. The oily, pleasant and nutty-scented seeds of the opium poppy are used as food, especially for desserts and pastries.

Opiate poppy seeds themselves do not contain any opiates, however, depending on the harvesting method, residues of the opiate milky sap of the seed capsules can adhere to them. The consumption of foods containing poppy seeds was therefore prohibited in German prisons, as this can lead to positive results in urine tests for opiates and it is not possible to distinguish whether the alkaloids were ingested by the consumption of drugs or the consumption of the named foods. 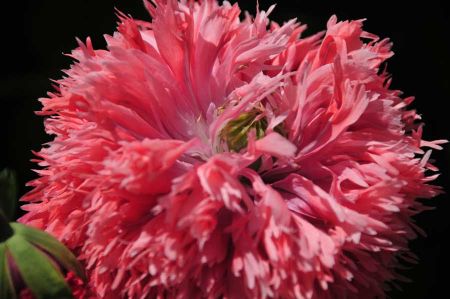 In Germany just two varieties ('Zeno morphex' and 'Mieszko') with a very low morphine content are permitted for cultivation. In Austria, the cultivation of opium poppies is completely legal and looks back on centuries of tradition. The Waldviertel gray and blue poppy is well known and can be found in many recipes in Austrian pastries, but also on countless shelves in grocery stores. Today, however, poppy seeds from other countries are increasingly being offered in the trade, the morphine content of which can be greatly increased due to, for example, unclean harvesting methods that leave residual amounts of opium. For this reason, poppy seeds should not be used in baby food. In the case of poppy seed cakes and poppy seed rolls, the opiates can be rendered ineffective by heating them in the oven.

Peony poppies - a quick change artist in the garden 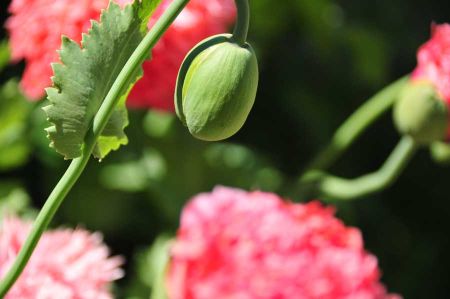 The peony poppy seen in the pictures is also a subspecies of the opium poppy, botanically called Papaver somniferum. Once you have it in the garden, its many sisters and cousins ​​reappear year after year and clearly demonstrate how varied the poppy family is.
Always surprising when the silk poppy, the opium poppy, the corn poppy, the peony poppy and the oriental herbaceous poppy bloom are the ever new flower colors and shapes, which can vary from year to year. The double, opulent flowers of the peony poppy float on stems up to 120 cm high above the flowerbeds. Nobody can predict or even determine where their seeds will grow. Because poppy seedlings are very similar to each other. Only Icelandic poppy and oriental poppy or Turkish poppy are unmistakable even as seedlings.
Peony poppies bloom in early summer, together with sage, ornamental onion, iris, cranesbill, cornflower or columbine. Like all poppy plants or their milky sap, the peony poppy is also poisonous. However, poppy is one of our oldest cultivated plants. It has been cultivated in Europe for over 8000 years and used to manufacture drugs and pain relievers, but also to obtain blue poppies for the kitchen and bakery.

Poppy - almost extinguished now back on the field edges!
Along dust roads of Olympus from Rapsani to Litohoro