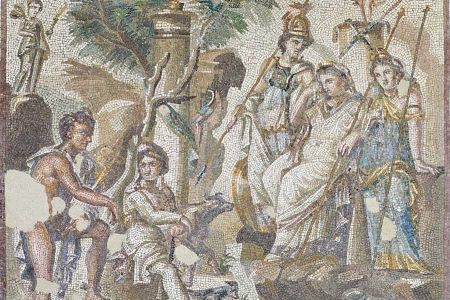 Our journey through Southeast Anatolia also led to the biblical Antioch (Antakya) on the Asi, the river which in ancient times was called Orontes and is mentioned in biblical records.

The current city of Antakia was once the capital of the Seleucids, who were famous for their wealth and luxury. The city's cultural and commercial prosperity continued under the Romans. The then extremely fertile land of the region was considered a granary and, due to the trade, formed the basis for prosperity. The alluvial plain of the Asi (the ancient Orontes) at the foot of the mountain Habib Necar (the ancient Mons Silpius) thus had extensive trade relations with the Levant.

The foundation of the historical Antoch probably goes back to Seleucus I Nicator. The former general of Alexander the Great was the founder of one of the succession empires after the Alexander empire fell apart. The name Antiochus appears frequently in surviving records among the descendants of Seleucus I Nicator. The Antioch region is of the greatest importance for Christianity, because it is here that Saints Peter, Paul and Barnabas worked and the followers of Jesus were called Christians for the first time.

The city occupied an important place in the history of Christianity. Nicholas, one of the first seven deacons, came from Antioch. According to tradition, the first Christian congregation around Paul, Barnabas, Peter and then the first bishops of the city gathered in St. Peter's Grotto, a cave church in the northeast of the city. Here the disciples of Jesus are said to have been called "Christians" (Christianoi) for the first time.

During the persecution of Christians by Emperor Decius (249-251), Babylas, Bishop of Antioch, suffered 250 martyrdom. Since the 4th century the now Christian emperors promoted the churches of Antioch. Under Gallus the bones of Babylas were buried in Daphne at the spring Kastalia, Julian had them brought back to Antioch. The emperors Constantine the Great (306–337) and Constantius II (337–361) donated valuable liturgical objects to the Church of Antioch.

When the Temple of Apollo in Daphne burned down in 362, Emperor Julian accused the Christians of arson. Ammianus Marcellinus (22, 13, 1–3) blames the philosopher Asklepiades, who accidentally set the curtains on fire with a candle during a nightly visit. Julian, the last non-Christian on the imperial throne, had the main church of Antioch temporarily closed and the liturgical implements buried. He also ordered the renewal of the sanctuary in Daphne, which, however, did not take place because of his early death.

With the establishment of the Christian church, Antioch, which was evidently already to a large extent Christianized by the middle of the 4th century (see the reaction to Julian's visit in 362), became the seat of one of the originally three, later five, early church patriarchates, together with Rome, Constantinople , Alexandria and Jerusalem. Like Rome, it referred to the apostle Peter as the founding bishop, who, according to Catholic tradition, went to Rome later and suffered martyrdom there. Today several churches claim the legitimate succession of this patriarchate (see Patriarchate of Antioch).

Once a powerful trading metropolis, Antakya is now an administrative city 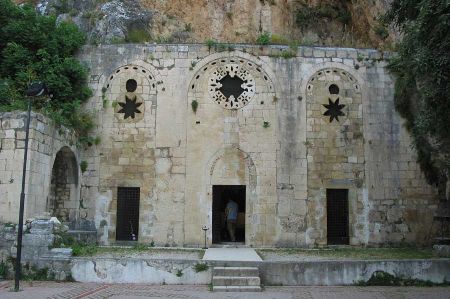 Not much is left of the once powerful trading and cultural metropolis Antioch of the Hellenistic and Roman world, modern Antakya has neither a railway connection nor large port facilities, in short the once flourishing trade came to a standstill. Today Antakya is surrounded by extensive olive groves, which ensure a dreary livelihood. The employer "administration" as the provincial capital, a garrison and the through traffic to the Levant countries ensure a modest livelihood for the city.

Today's Antakya with about 155,000 inhabitants, which is located in the extreme south-east of the country, about 30 km from the Mediterranean Sea, only came back into the public eye after the civil war in Syria.

The city's absolute attractions include the four-arched bridge built by Emperor Diocletian (284-305) over the Asi, the French bazaar and, as a real highlight, the archaeological museum with its mosaic exhibition, the most important collections of Roman mosaics worldwide.

Besides the mosques there are several Christian churches. The most famous church site is likely to be the St. Peter's Grotto, which can be found a bit outside on a mountain slope. It has been officially declared the oldest church in Christianity by the Vatican and, according to legend, was inaugurated by the Apostle Peter.

Harbiye - the myth about Daphne and Apollo had its origin here 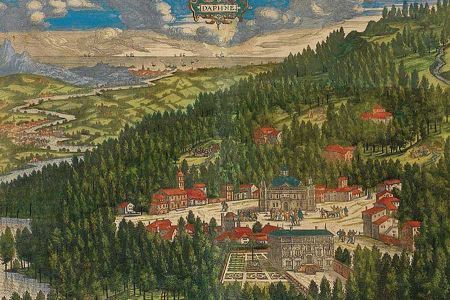 South of Antakya is the city of Harbiye - the ancient Daphne - which today has become a popular excursion destination in the area. We get to know a stonemason who works and exhibits in Antakya and who is now accompanying us. On the way it leads us through unique groves of laurel trees, oaks and cypresses through which a cascade of water threads pulls over the rocks. This place absolutely invites you to linger.

According to the Greek legend, the brittle nymph Daphne was pursued by Apollo to this point and, at Zeus' request, turned into a laurel tree. Cleopatra is said to have married here once.

A little further on, on the road to Amandag, we turn south in Uzunbag directly behind the bridge and follow a dust road to the mountain top south of Musa Dag. The basilica of St. Simeon Stylites d. J. who, following the example of his namesake (Qaalat Siman / St. Simeons in Syria), is said to have lived his life on a pillar, exactly where the church named after him stands today.

Only about 30 km to the west lies the Mediterranean Sea with numerous bays and beaches.