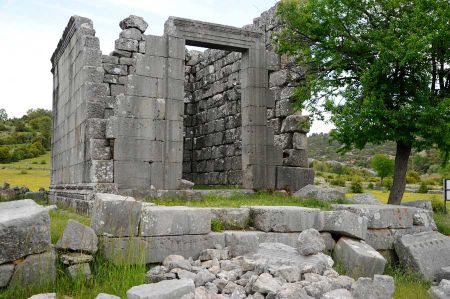 Adada was an ancient Roman city in Pisidia, about 40 km southeast of Egirdir and 80 km northeast of Antalya, near the present-day village of Sagrak in the Sütçuler district of the Turkish province of Isparta, which is probably just known to hikers on St. Paul's Way.

We drive over secondary roads to the village of Yeniköy, the route of which leads through the ruins of Adada. The fields of ruins can be seen from afar on both sides of the road. Take good shoes with you so that you can roam the grounds. Sometimes there is a guard on site who will be happy to help you locate the individual positions of the monuments for a small fee. 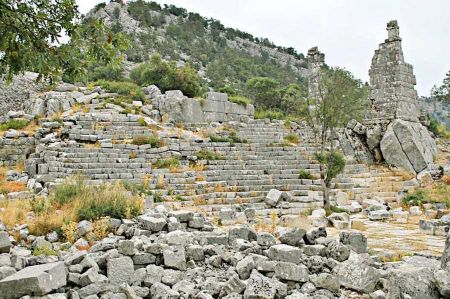 The ancient city lies in a relatively flat, wide high valley. The four imperial temples of the 2nd / 3rd centuries are still well preserved. Easily you will find the agora with a large staircase and the theater. One of the temples is documented with inscriptions for the emperors and Zeus Sarapis, the second with inscriptions for the emperors and Aphrodite, the third only for the emperors, and the fourth with coins for Trajan. Furthermore, you will find two late antique three-aisled basilicas. Adada was first visited by the scientist A. Schönborn in 1842, then rediscovered in 1884 by the American J. R. S. Sterrett. Gustav Hirschfeld and William M. Ramsay identified the city again in 1887. 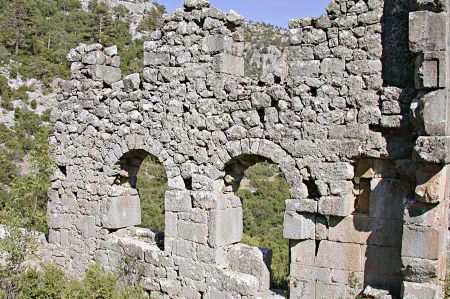 Adada is mentioned for the first time in an inscription from the 2nd century BC. Just little is known about the history of the Roman imperial era, but the four emperor temples mentioned before have been well known for Adada. The first coins have been produced since the 1st century BC. Known too that the imperial coinage ranges from Trajan to Valerian. In late antiquity, Adada was also a bishopric.

Hiking to Hohe Acht summit and the Kaiser Wilhelm Tower

The ruins of Stobi - excavations in Macedonia

We have 482 guests and no members online