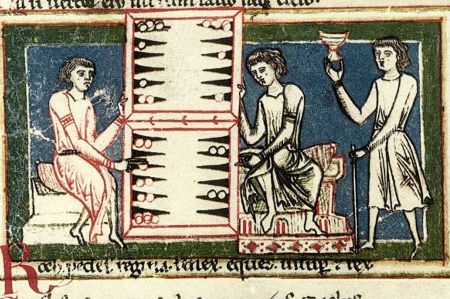 When you think about the Roman era and then use the term “games”, almost everyone who has dealt with the Roman era thinks of the gladiatorial fights in arenas such as Avenches in Switzerland, of chariot races in stadiums like that of Afrodisias or theater performances like in the imposing theater of Aspendos.

Far from it, because in ancient Rome games were much more important than today, even if we include modern computer games. Gaming was absolutely part of everyday life, with the same importance as work. The children played on the street, the youngsters trained on the Tiber river in Rome, and the adults either sat on the steps of public buildings like Hierapolis or were forced to meet at home, since, for example, dice games were completely prohibited during the time of the Republic of Rome. 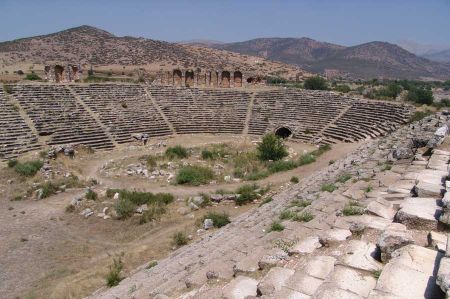 A popular saying in Roman times is no coincidence: "Si tibi tessella favet ego te studio vincam" (even if the luck of the dice is favorable to you, I will defeat you by considering). The Romans roughly differentiated into two types of games:

- Those of the circus, that is, gladiatorial fights, animal baiting and large battles, including large sporting events, chariot races, theaters and training competitions. These games were primarily organized as spectacles for the people.

- The other group was the group of board games, for example mora, ludus (or lusus), latronum, tabula and many more.

Board games - simple utensils were needed 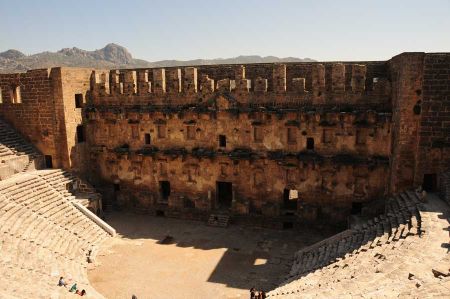 In the times of the Romans, you didn't need a lot of utensils to pass the time. A few beans or small stones, a ball, a stick, a hoop or a long line were often enough to enable the children to have fun playing. The older children were often more frugal. No big grumbling and nagging because of boredom and no idea what to do with yourself. Not to mention outdoor games.

Dice and board games were particularly popular with the Romans, although we no longer know the exact rules today; there are hardly any traditions here. A game that was particularly widespread to us, comparable to our mill game, was already known at that time under the term “merels”.

The grid game boards, which were already known during the Hellenistic period, mostly consisted of a grid of several horizontal and vertical lines. This game table, which is similar to today's lady board, was used for various games. For example, in the ludus latrunculorum (translated into English with soldier, mercenary) with 30 different pieces that could either be moved like the pawns in chess (mandrae = simple piece) or jump (latrones = elegant piece), you could have a battle deliver. Its winner was now allowed to call himself Imperator.

It was not uncommon to see the winner of such a challenging game riding through the streets on the loser's back. Another version of it is called petteia, it was played on either an 8 × 8 or an 8 × 12-field board but is mostly subject to the same rules. The ludus calculorum was also played on an 8 × 8-field board, in which the opponents had to try to put five of their stones in a row, whether horizontally, vertically or diagonally. (Practical: it could also be used as a calculation board.) With 5 × 5 fields it was called pente grammai. Many of these games originally came from Greece.

Tabula - the forerunner of the modern game backgammon 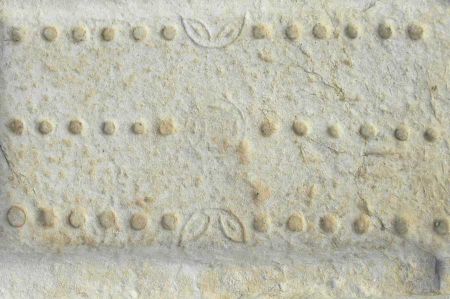 Likewise, you played on a board with 12 lines in your own playing field that duodecim scripta (which also means twelve lines) and which is similar to today's backgammon but is played with three dices. Both parties were allowed to advance from the first to the 24th field alternately, with the moves taking place according to a precisely defined game plan. To win, you not only needed luck in terms of the amount of dice, but also skill in handling the pieces that the moves were to take. However, this game was not developed by the Romans themselves, but adopted from the ancient Egyptian "Senet", but made it more exciting by refining the rules.

A variant of this game was the tabula, in which you could now also hit the opponent's stones. In contrast to today's backgammon, it was played with three dices. But this game also came under state control of gambling and was banned. However, that did not work at the time, and the game was extremely popular in private circles or in taverns behind closed doors. This control was relaxed again during the imperial period; for example, it was the favorite game of the Emperor Claudius, who, because he liked to be a writer, wrote a book about it or about gambling in general, which, however, has not been passed down. 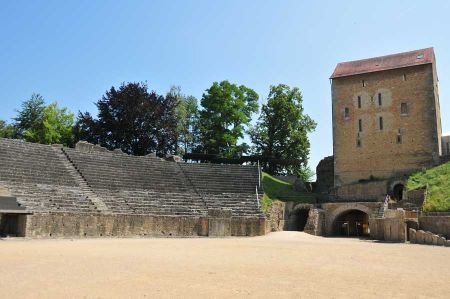 The same game table can also be used for dice and bone games. The word alea, which is translated with dice, denotes the throw itself, or gambling in general. Cubes were called tesserae. The one was called canis, the dog, but the rest with its actual numerical value. These cubes were made of ivory or bone. During the game, dice were rolled either by hand or with a cup, the cup being more popular because it reduced the chances of cheating, and two to three dices were rolled at the same time. In order to pull happiness on his side, one called either the name of a god or a goddess or his beloved, which of course always led to joy outbursts among adolescents and generally raised the mood.