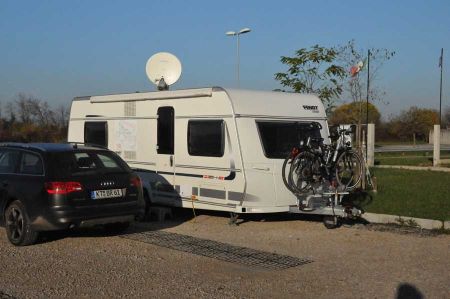 On the way to south, Camperclub Staranzano offers a great opportunity to spend a few days in the surroundings of Aquileia, a region that offers all year round attractive destinations for hiking, cycling and cultural activities.

We have explored and described some of the attractions in the immediate area for you, and we also came across a very well-developed network of cycle paths

Aquileia and the Lagoon of Grado is awaiting your visit 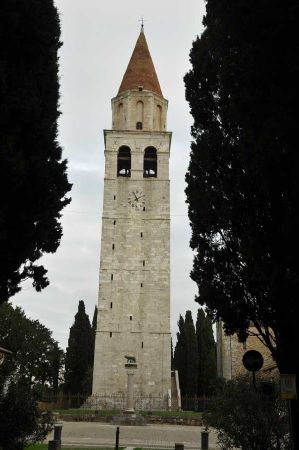 Aquileia is located on the river Natissa in today's Friuli, about ten kilometers from the lagoon of Grado on the Gulf of Trieste. It was a strategically and economically important city of the Roman Empire. Remains of the Roman city can be visited in the outdoor area and in two museums, however, the largest part has not yet been spotted archaeologically. In the medieval Basilica of Aquileia you will find the most important early Christian floor mosaic in Italy, dated to the early 4th century.

Emptying the feces into the floor inlet or station

Toilet building available in consultation with the Camperclub

Destinations and sights in the vicinity of the camper stop: 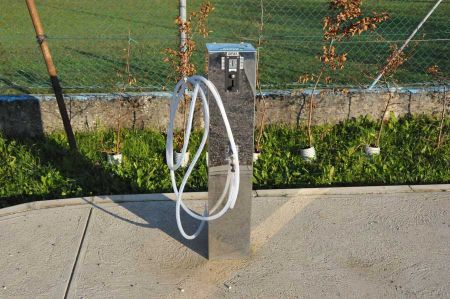 Traveling by bike - Staranzano and the cycle path network

Next approach to the south: Station 5. Kamp Luna at Karlobag / Croatia

Until the Kamp Luna near Karlobag / Croatia in Croatia there are 249 kilometers that cross Trieste and Slovenia. If you leave the motorway at Trieste, you can pass through Podzane, Obrov and Podgrad Slovenia in the direction of Croatia without toll (about 35 kilometers of country road) Slovenia.

Next approach to the southwest (as a suggestion): Station 3 - Camping Fusina Tourist near Venice

The Camping Fusina Tourist is only 126 kilometers away, which can be reached via the toll motorway within 2 hours.

Until Camping Europa Torbole on Lake Garda, there are 260 kilometers along the Alps that form the panorama here.