And again one asks oneself, how is this still possible in a society that is fundamentally modern and how do the representatives of religious faith actually express themselves in the assessment of this heinous act against the background of honour killing?

Hatice D. was married against her will at the age of 13 to an older man she didn't know, despite existing laws expressly forbidding it, Anadolu News Agency reports. After a year of constant violence and sexual assault by her husband, the family agreed to a divorce and Hatice then returned to her family. Already a "dishonoured" and "worn-out woman," Hatice had lost all privilege and respect that ever existed. She was "fair game". Anadolu also reports that two of her cousins ​​raped Hatice, after which she became pregnant. After a consultation of the family council, in whatever composition, Hatice, who was now four months pregnant, was murdered by drowning by decision of her family. The girl's body was then "disposed of" in a river near the southeast Anatolian town of Batman, where the body was found. Only much later can the body be identified by autopsy, as it was originally estimated to be around 20 years old and therefore not compatible with the missing persons lists. 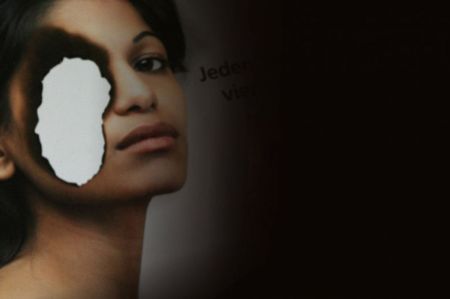 After initially restrained protests, more massive protests broke out at Hatice's upcoming funeral at the end of December. Contrary to the national tradition of burial with a white shroud, Hatice was buried in a plastic bag. Finally, the Turkish media across the country reported extensively on these monstrous events. The fact of a murder out of family honour is bad enough, but then such a funeral? The employee of the women's aid organization KADEM, Mrs. Tülay Deniz, criticized accordingly: "Your murderers will be buried in white linen cloths according to the usual traditions here. According to the values ​​of this patriarchal feudal society, a plastic bag was enough for Hatice because she was only a woman.”

Last weekend, Anadolu reports, hundreds of women protested in the Diyabakir cemetery against the degrading form of burial and, of course, against the honour killing itself.

Set a definitive end within the framework of state and religion

In the meantime, seven family members have been arrested in the ongoing murder investigation. According to Anadolu, the suspects include Hatice's grandfather and two of her uncles. The alleged cousins, who are accused of rape, are currently on the run.

It is simply incomprehensible why, despite the bans, underage children still marry, especially against their own will. Just as it is incomprehensible why the so-called honour killings cannot be put to a definitive end within the framework of state and religion. In such cases, the religious representatives are expressly called upon to act.

For a better "understanding" of honour killings 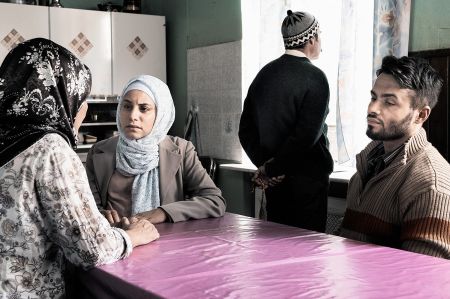 The term honour killing refers to the killing of a member of the perpetrator's family as punishment for a suspected violation of family rules of conduct by the victim. The murder is intended to avert the perceived disgrace or the threatened or already inflicted social degradation of the perpetrator or his family and to signal to those around him that honour has been restored.

In the majority of cases, the victims are female and the perpetrators are male family members, but men are also at risk as lovers of a woman or homosexuals, and women can also be considered as perpetrators. Murders motivated in this way are most common in archaic, tribal societies in the Near and Middle East. Although they come from a pre-Islamic tradition, they occur more frequently in Islamic contexts, especially in states with Sharia law in the Middle East and Pakistan, but can also be found in non-Muslim regions in India or Latin America. So-called "honour killings" also occur occasionally in European countries with a high proportion of immigrants from the areas concerned.

Honour killings are more common in poor countries and here in communities that are particularly vulnerable to exclusion. However, a survey of Turkish students showed that they are often viewed as legitimate, even in more educated circles. In all cultures and religions affected, the victims are predominantly girls and women. According to a report by the Human Rights Commission of Pakistan, 28 out of 36 (78%) (honorary) murder victims registered in one month were female.

Honour killings are essentially a phenomenon of the societies of North Africa, the Middle East and Central Asia. Many of these societies have an Islamic majority population; however, "honour killing" has no basis in Islamic law, Shari'a. According to Islamic knowledge, he therefore falls into the category of murder, which, according to Shari'ah, results in the death penalty. It is estimated that around 90% of all honour killings worldwide take place in Islamic families or communities.

Monument against fascism - shoes on the bank of Danube