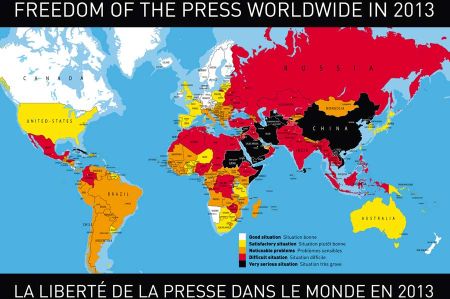 Turkey needs to respect the protection of journalists' sources and the freedom of the press more to keep Human Rights, the European Court of Justice published in one of its latest decisions.

The Chamber judgment concerned the confiscation of computers and documents of the editorial staff of the political magazine "Nokta" Tuesday in Strasbourg. The magazine had reported on the basis of confidential military information on a classification of media, who reported "positive" or "negative" about the Turkish Armed Forces in 2007.

For the European Court of Human Rights this breach of the source protection of journalists is completely exaggerated and "not acceptable in a democratic society". The coverage of the armed forces is of interest to the public, the judges were explaining. The applicants in the magazine spoke of the ECHR to more than 8,000 euros in damages.

Like the magazine, the Court also concluded that the search of the editorial was aimed to identify the person or respondents. "This approach could deter other information transmitter which to inform the public about issues related to the armed forces," it said in the verdict. An appeal may be requested, the Court may, however, refuse.