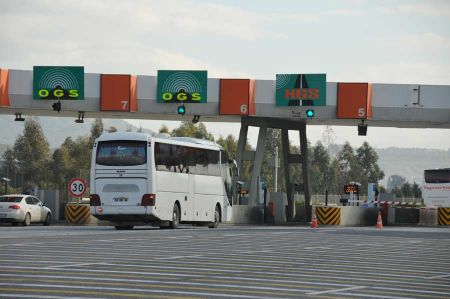 In the future, vehicles with a foreign license or number plate will also have to pay tolls in Turkey.

Up to now, these cases have often been solved unbureaucratically, because the purchase of a vignette is not entirely without difficulties to organize. According to Ahmet Arslan, the Minister of Transport, Shipping and Communications, drivers of foreign-registered vehicles, regardless of whether they are Turkish citizens or foreigners, will in any case pay toll charges in the future. If they do not pay these fees, the holders of these vehicles will not be allowed to leave Turkey after their stay. According to Minister Arslan, a vignette has to be stuck on the windshield of foreign vehicles.

In addition, the drivers of vehicles with foreign registration plates are also responsible for the fact that the vignettes are not damaged and the marks are legible.
If vehicles with a foreign license do not pay the motorway toll, they will be charged a fine of 10 times higher the fee. If the fee is paid within 15 days, the fine will be waived. The transport minister pointed out that foreign vehicles had not yet to pay motorway tolls, which caused enormous damage to the Turkish economy.

Mountain Climbing - Children of the mountains

What about trekking - backpacking in Turkey