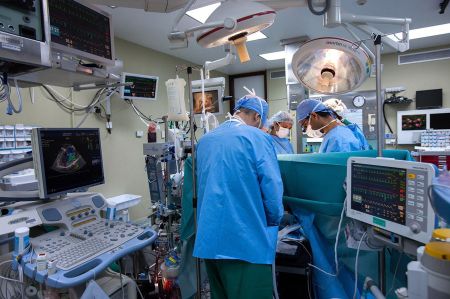 A deadly attack on a cardiologist has sparked outrage and protests in Turkey, particularly in Istanbul. Doctors took to the streets in several cities across the country today and demonstrated against increasing violence against their profession.

In Istanbul, the police even used tear gas, as can be seen in the pictures. Demonstrators demanded the resignation of Health Minister Fahrettin Koca. The Turkish Doctors Association TTB called on healthcare workers to stop working up to and including tomorrow.
Last Wednesday, the son of a patient shot dead a 47-year-old cardiologist in Konya, central Anatolia, and reportedly killed himself afterwards.
Media reported that the perpetrator blamed the doctor for the death of his mother, who was being treated by the cardiologist. Health Minister Koca was booed at the victim's funeral today, Cumhuriyet reported.
The head of the Konya Medical Association, Bahadir Öztürk, said the violence in the health sector had reached the proportions of a "massacre". He also blamed the government of Turkish President Recep Tayyip Erdogan and accused it of populism. The current situation is unacceptable, "drastic measures" must be taken to end violence against doctors.
Violence against doctors is a widespread problem in Turkey. According to a report by the Saglik-Sen union, 316 healthcare workers were attacked last year. In view of the poor working conditions in the health sector and high inflation in Turkey, more and more doctors are migrating abroad, according to associations. © dpa/aerzteblatt.de